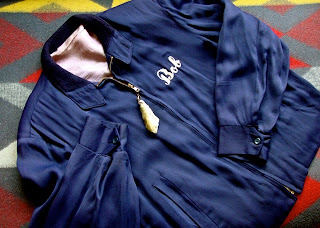 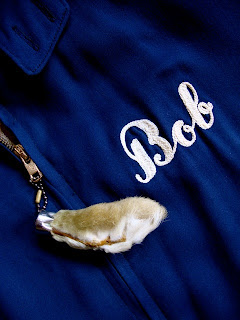 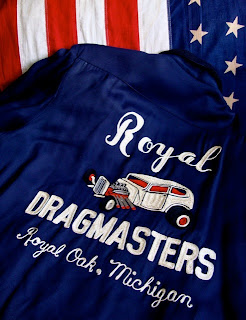 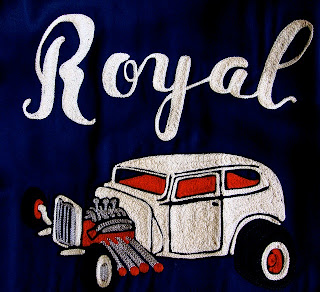 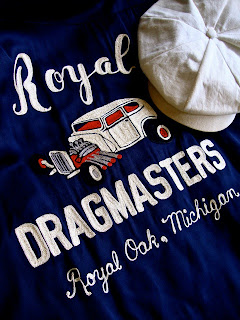 It's around 2006 that i've met with Rin Tanaka for the first time .For those who still don't know [anyone !?] Rin is the author of "my freedam" books and creator extraordinaire of the now trendy"Inspiration" show. Rin kindly asks me if i was interested in sharing some pieces from my collection for some of his up coming books.Back then,i had no idea that i'll later start my modest block,so didn't mind that much sharing some cool vintage and the idea of being part of such project,kinda porn for vintage clothing collectors,sounded fun to me....So one afternoon,Rin came to my studio and shot for what felt like an eternity to me,asking for leather jackets, ,ww2 jackets,bowling shirts,denim and so on...the result,i've found it in my mailbox later,it was 2 samples of "my freedam" 5 and 6 .

the jacket featured today,was part of the collection shot by Rin that day.No bragging here,but when compared to the others in the book,as 90% of them are wool or cotton,i still feel lucky to have found such a gab jacket .what's even better to me, is that the rabbit's paw was original to it. As usual any info on the club are welcome ....cheers

Posted by Patrick Segui RIVETED at 12:48 PM No comments: 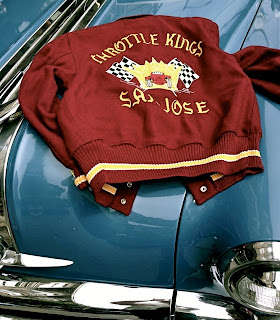 Post-war America ,saw the birth of many things that became iconic to us born on the other side of the pond and today's post certainly showcases one of them: an original hot rod/car club jacket. Such a club :"the throttle kings"was probably formed in the early 1950’s . I've tried to research the club for days,but wasn't able to pull any info from the net ,beside the club's plaque baring the same design as the one on the back of that fabulous car club jacket,most likely designed by a club member.Any additional info regarding the club,are more than welcome and will be added/shared on this post..... 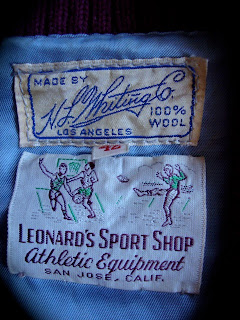 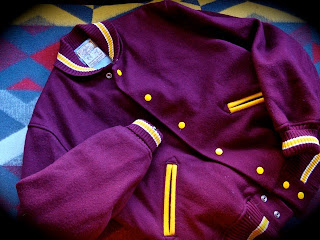 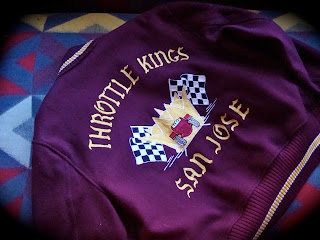 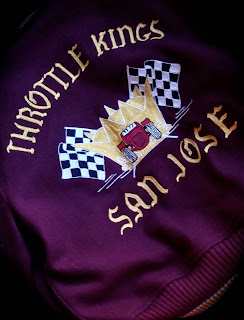 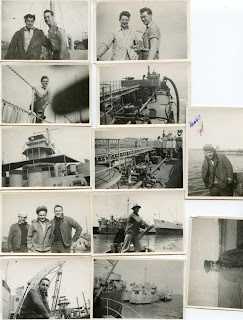 Posted by Patrick Segui RIVETED at 10:29 PM No comments: 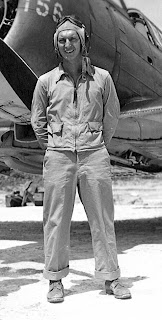 today's post is about one of the hardest jacket to get and this in any condition as they were fragile and intensively worn in combat:the M-421A .These classic tan flight jackets are synonymous with US Navy/Marine pilots of the PTO.They were standardized in the late 30's by the U.S. Navy's Bureau of Aeronautics, the jacket was the standard issue summer flight jacket for all Navy and Marine Corp pilots and aircrew during ww2.  It's light-weight, simple, practical design reminiscent of early windbreakers,was perfect for the Pacific campaign where it saw prevalent use during the early part of the war . Worn over just a shirt, or sometimes as an extra layer over the M-426A flight suit of the same material,. the M-421A model was replaced by the M-421B around 43 basically the same jacket with the addition of an extra chest pocket ...... 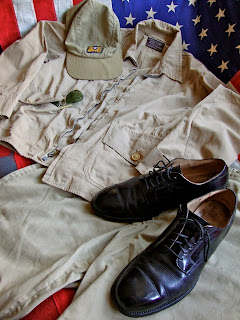 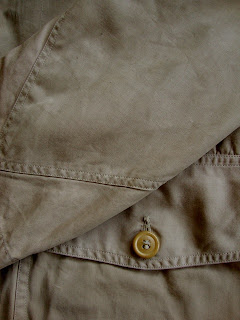 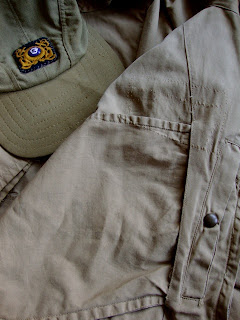 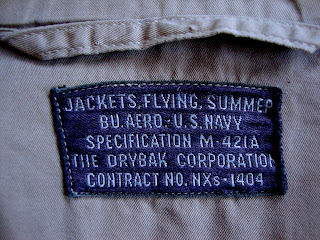 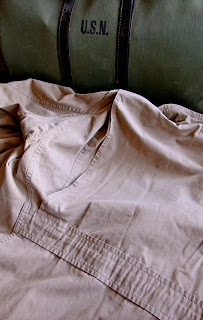 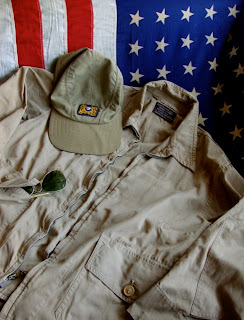 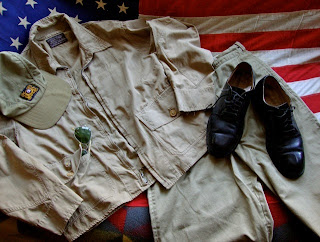