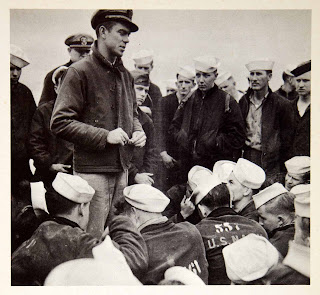 thanks to my buddy Oscar for finding this one ......it's a rare shot where you can see the first run of the N1 alongside the first blue deck jacket the "zipped one" .

Posted by Patrick Segui RIVETED at 8:01 PM No comments: 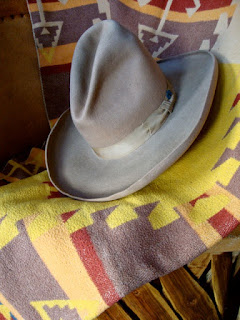 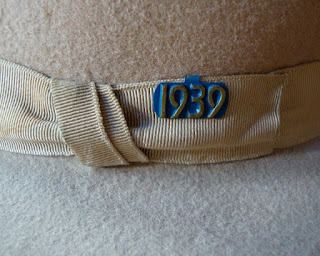 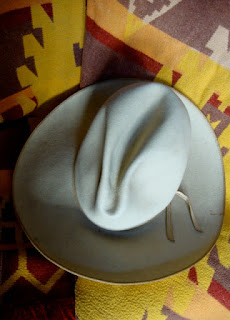 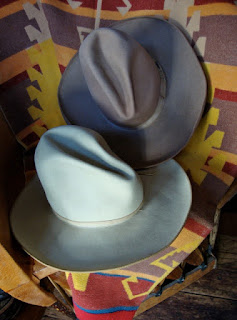 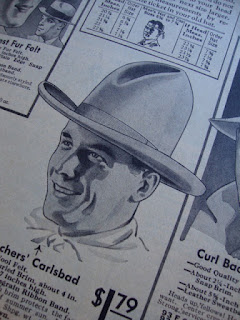 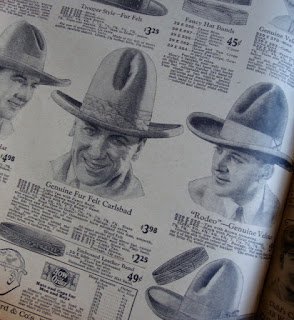 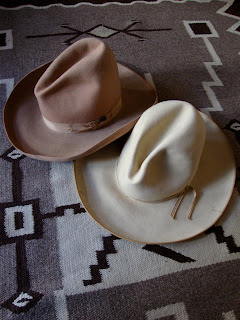 what's better to complete your "man of the frontier look"as featured on the latest Mister freedom's collection ,than a perfectly weathered 10 gallon hat!??

So what exactly a true "10 gallon" hat is !??
Well ,i'll state the obvious:it's usually a wool or fur felt hat with a 7" high crown and a 4" large rolled or not brim.Most often it bares what is commonly known as :"the carlsbad crease" but is also known nowadays as the "gus" in reference to the lonesome dove series.
John Batterson Stetson (1830-1906), who is sometimes credited with inventing the cowboy hat, heavily promoted the "10 gallon" starting around the mid 20's.It's when it started to be popular among ranchers and movie stars such as Tom Mix and others...
The Stetson company as always stated that "ten-gallon" refers to how much water such hats could carry in their crowns. This story is wrong,as in fact it barely holds 3 quarts.You'll also find the myth that 10 gallon hat refers to a Spanish unit of capacity ....also wrong .
In fact , "Ten-gallon hat" is just,as often,the result of a linguistic mix-up. "Galón" is the Spanish word for "braid." Real cowboy hats came to Texas from the Spanish via Mexico,some vaqueros wore as many as ten braided hatbands on their sombreros, and those were called "ten galón hats." English speakers heard gallon. ....'nuf said
--

Posted by Patrick Segui RIVETED at 5:06 PM No comments:

AND YOU WANT ME TO DO MORE SHIRTS !!! 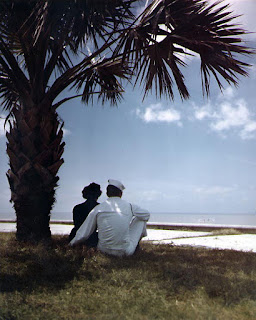 Posted by Patrick Segui RIVETED at 8:35 AM No comments: