BUSINESS IN THE FRONT....PARTY IN THE BACK .USN VIETNAM TOUR JACKET 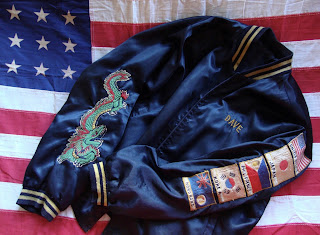 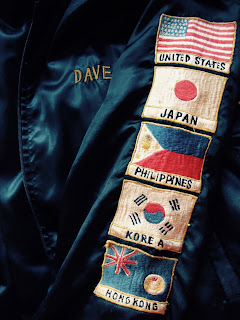 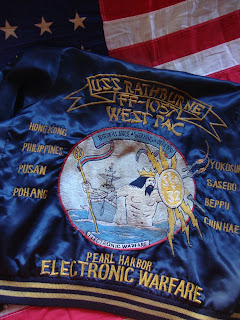 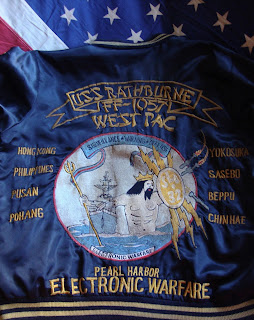 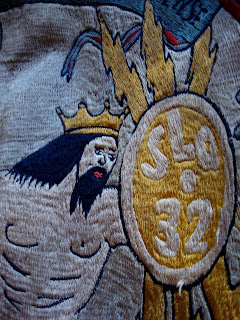 today's post is about one of my favorite US Navy tour jacket from the Vietnam war era.Dave,the original owner,was a crew member aboard the USS Rathburne during the conflict and made several deployments in the west Pacific. USS Rathburne (FF 1057) was a frigate, the sixth ship of a new class of modern Ocean Escorts specially designed to screen support forces and convoys and locate and destroy enemy submarines. Rathburne was also equipped and capable of performing such missions as; search and rescue, patrol, evacuation, blockade, and visit and search.
Rathburne arrived at her home port of Pearl Harbor, Hawaii on 20 July 1970 and spent the remainder of that year and the first quarter of the next engaged in weapons systems' testing and various exercises. On 14 April 1971, she departed Pearl Harbor for a six-month West Pac deployment, returning to Hawaii on 27 October for an extended upkeep period. After a short visit to the west coast in May and June 1972, Rathburne embarked upon her second tour of duty in Western Pacific 31 July 1972. She ended 1972 and began 1973 in the Western Pacific, off the coast of Vietnam, and did not return to Pearl Harbor until 25 February 1973. She remained in the Pearl Harbor area throughout 1973 and working up for her third West Pac deployment with some new ships in company and some new crew members in 1974. The third deployment was from 1 Oct, 1974 to 31 May 1975. Deployment went much the same as the first two deployments with a few exceptions. Evacuation on pull out of Viet Nam. 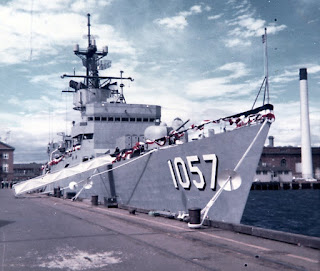 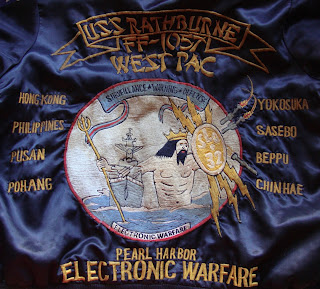 Posted by Patrick Segui RIVETED at 4:00 PM No comments: