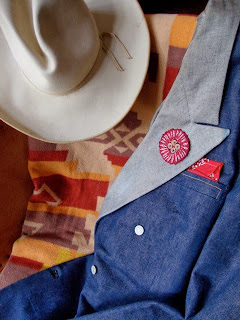 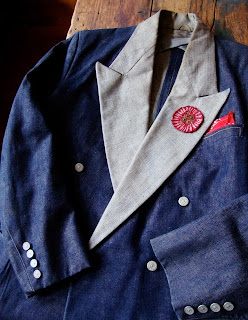 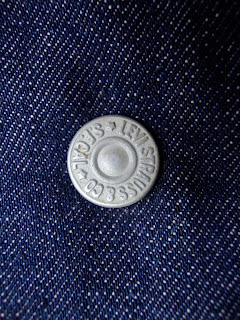 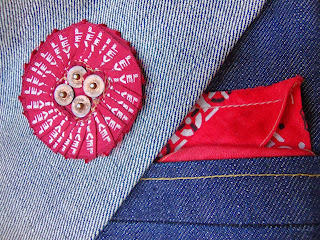 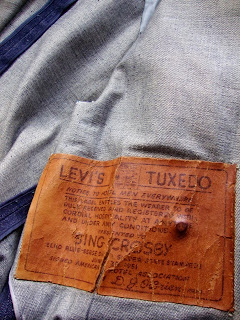 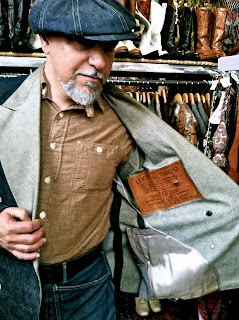 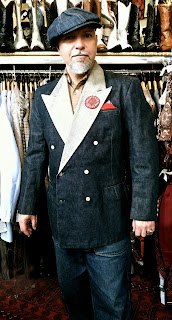 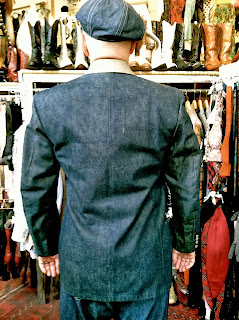 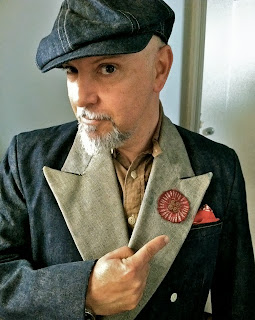 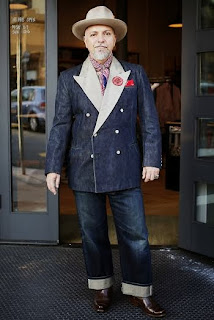 Last March, i was invited to a party held at the great "union made" store here in SF ,for what was back then,the unveiling of LVC's spring/summer 2013 collection .for the occasion i decided to wear ,what's in opinion,the ultimate Levi's denim jacket :Bing Crosby's Canadian tuxedo .... the jacket's history can be found on the net with a quick google , so i won't bother reposting it,instead i'd rather share some pictures of it .I can't help thinking that wearing Bing's jacket that day [ packed with LVC people] has something to do with Levi's decision to reissue it this summer as a limited edition.....i won't blame them,as it 's such a cool jacket .just remember you've seen it first on "riveted" 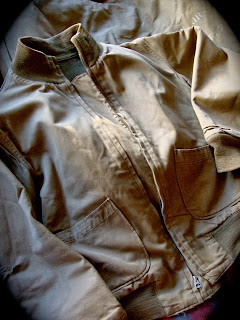 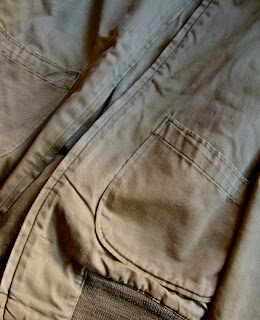 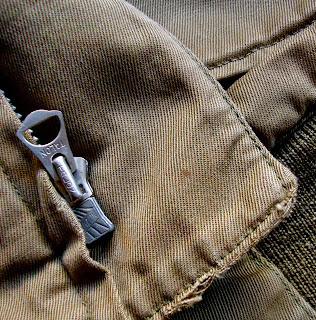 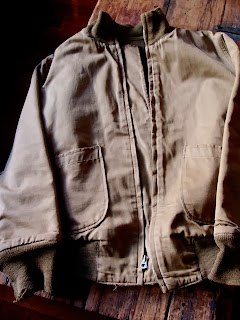 Today's post is about a rare example of ww2 militaria way harder to get than any A-2 any day:the 1st pattern Combat Winter jacket,aka the "Tanker Jacket". Part of the winter combat uniform's line,the Tanker Jacket was basically a take on the classic windbreaker design with its waist cut and medium weight with two outside pockets and zipped front. There were two patterns made, the first featured on today's post,was issued in 1941.

The Winter Combat Uniform was developed in 1941 for issue to crews of armored vehicles. The uniform consisted of a cloth helmet, a jacket and overalls. All three garments were made from olive drab #3 cotton twill and lined with brown kersey wool.the jacket was replaced in 1942 by the classic "slash' pockets style.on the net ,there is a well known series of the 1st Armored Div in Tunisia taken in December of that same year. The complete series shows the crews of nearly 30 tanks, and troops wearing tanker jackets, about half are clearly 1st Models. It's normally difficult to see the pockets in other photos, especially when the wearer has field gear on or is standing in a vehicle. As for issue, these were undoubtedly issued until supplies were exhausted so they would have been worn until the end of the War.
Although initially designed for armored vehicle crews, troops in all branches of the service strived to acquire them. Europe was cold and wet, and these jackets were far superior to the light weight M41 Jacket.The zipper was more convenient than the button/zipper of the M-41 and the shorter length was an improvement over the longer M-41 for anyone sitting or crouching The tanker became popular and many were obtained by "alternative means" by infantrymen, artillerymen and yes, even 8th and 9th AAF pilots .Tanker Jackets found their way into both the Mediterranean and Pacific theaters. It was especially favored by officers who took much of the available supply......
Variation ,as always ,can be noticed while collecting ww2 militaria but in generalfor these jackets the material was heavy khaki or OD color, If khaki, the lining was "mustard" brown while the OD jackets had a lining of the same color. 8.2 oz cotton for the outer shell with a bi-swing back. There was a knit wool collar, waistband and cuffs, as well as a wool blanket lining. The zipper front closure had a wind flap
Jacket, Combat, Winter Stock Numbers and Labeling if you're lucky to have one still on...should read:
Stock numbers were 55-J-100, 55-J-130 in a range to cover the sizes. The two pattern specifications being:
PQD Spec. No. 26 Pattern 2/10/41 as for the jacket featured today
PQD Spec. No. 26A Pattern 1/9/42 for the slash pockets model
Posted by Patrick Segui RIVETED at 5:55 PM 4 comments: