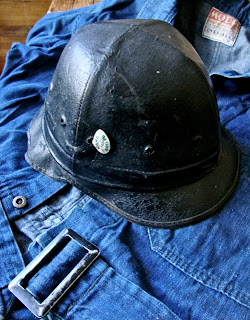 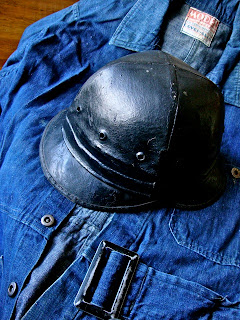 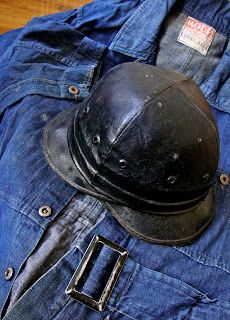 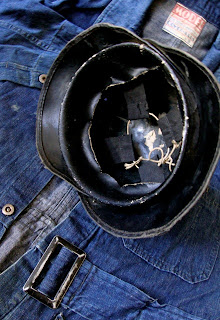 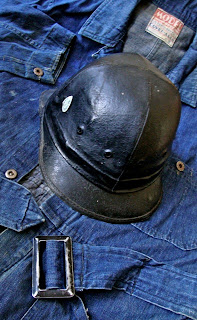 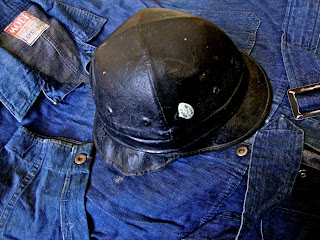 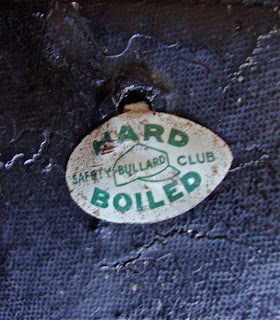 today's post will be about ,what i personally consider being the ultimate piece of work wear related item in my collection : "the Bullard hard boiled hat" the first safety hat ever and the first used during the construction of the iconic Golden Gate bridge .needless to say that such an item is very scarce if not impossible to find .i was first introduce to the rare hat,few years ago by my good friend Gregg Greenwood ,who has two of them ,but i've never ever thought ,i'll get my hands on one of them hats one day....well i did last week and i must say this is a keeper.

As Gregg was the first one to share his knowledge about the Bullard hat, i'll let him do all the talking here for once ....

"It seems only fitting that the first hard hat should have it origins in San Francisco, the city so closely tied to the iconic Golden Gate Bridge.  The San Francisco based E.D. Bullard Co. that developed the first hard hat asserts the first official “Hard Had Required Area” was indeed the Golden Gate Bridge project.  While this point may be in debate, what is certain is that Bullard Co. developed the first production hard hat.  The company had provided mining equipment since the 1890’s.  When the owner’s son returned from World War I, he focused his efforts on fabricating a work place helmet with the protective features of the military helmets.  The end product was a light-weight helmet of steamed layers of canvas and glue, with front and rear visors, painted black.  Patented the “Hard Boiled Hat”, it came into use in major building projects in the 1930’s.  Workers are seen wearing this distinctive helmet in photos of the building of the Hoover Dam, Grand Coulee Dam, and the Golden Gate Bridge.  The chief engineer of the Golden Gate Bridge, Joseph Strauss, insisted on the highest safety standards and required all workers to wear the helmet.  To meet the high production demand, Bullard opened a factory in nearby Sausalito which continued in operation until the 1970s when the company moved to Kentucky where it remains a leader in safety helmets.  Later in the 1930s this helmet was replaced by fiber and then aluminum helmets, but it’s place in history is tied to the great building projects of depression era United States..."G.Greenwood
some additional info can be found on the net on related websites ....if curious, i'll let you do your homework ,but i'll share here, some great pictures of  workers on the bridge wearing their Bullard hat ,courtesy of the San Francisco public library .......enjoy 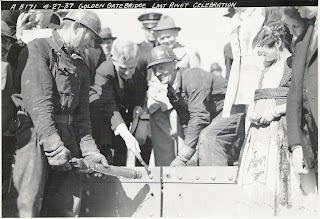 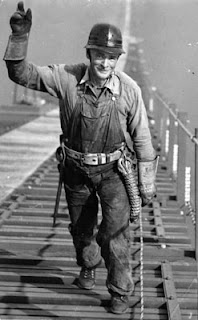 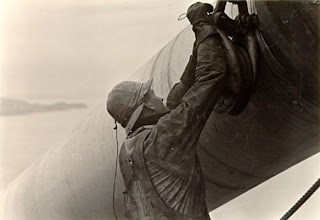 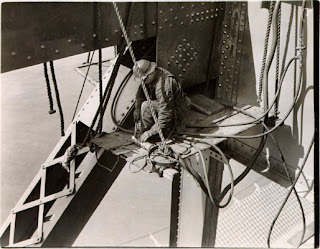 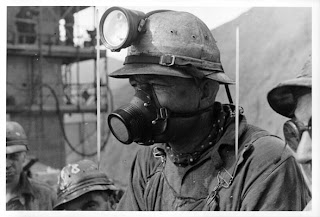 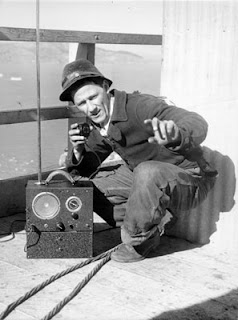 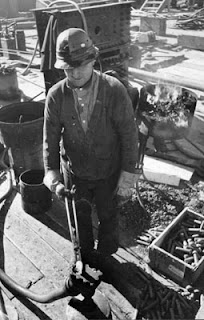 Posted by Patrick Segui RIVETED at 10:48 AM 2 comments: 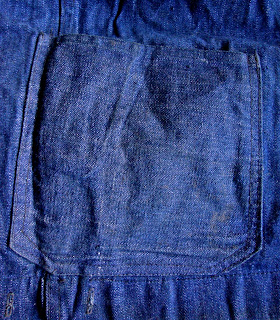 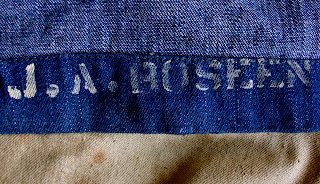 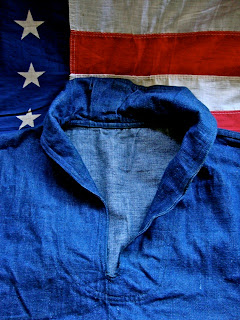 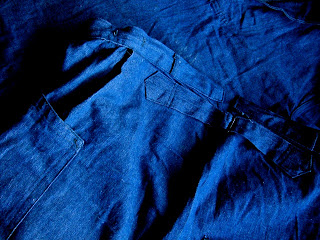 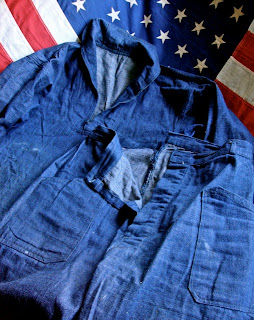 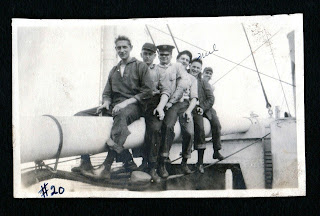 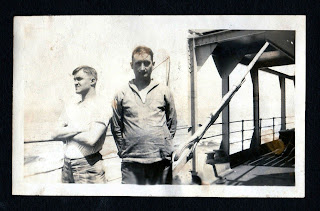 As some of you might have noticed, i've been a little more than absent  lately ,not a lack of inspiration here bust mostly  a lack of time as i've been working on a big project that i'll be probably talking about on a later post .....But today,as a comeback special and as a follow up on an earlier post about USN denim jumper, i'd like to share with you,what is probably my most cherished piece of US NAVY vintage :complete set of pre WW1 denims. Such combo can be found as far as 1913 up to 1922 when the pull over jumper was replaced by the now famous buttoned front jumper .this 100 years old set is in an amazingly rare condition,considering the fact that such a set was considered as disposable and almost all of them ended up in the" rag bag" at some point of their life .i've forgotten to mention that it's a wearable size to boot.......

Posted by Patrick Segui RIVETED at 11:28 AM 4 comments:

Posted by Patrick Segui RIVETED at 4:41 PM No comments:

A MILE IN MY SHOES part 6 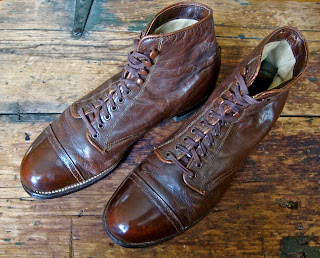 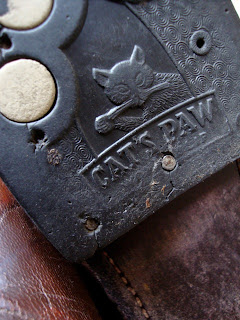 today's pick:a rare color for those 20's ankle boots .you'll find probably 10 paires of blacks before you'll get your hands on a pair of brown kangaroo's leather ....finally found a pair that fits me ..

Posted by Patrick Segui RIVETED at 6:08 PM No comments: