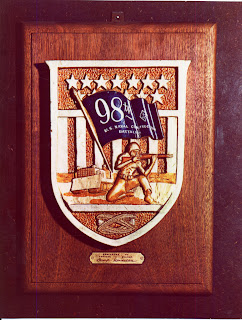 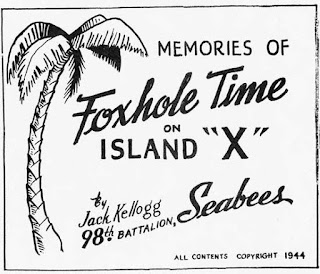 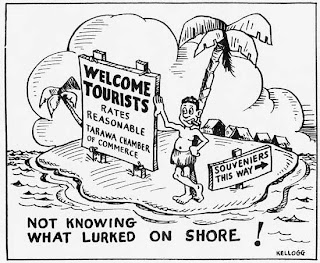 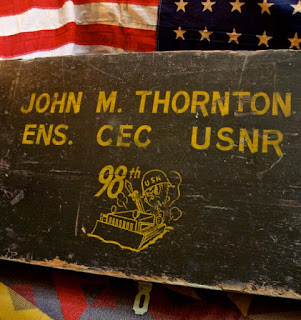 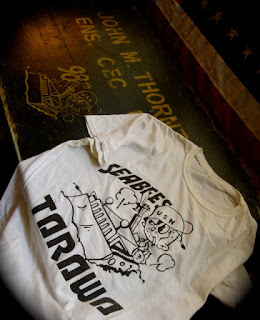 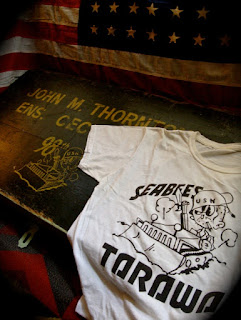 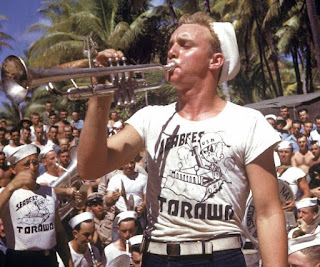 Since LIFE magazine has made its photo archives accessible to the public ,a lot of ww2 US Navy related pictures became instant favorites.A color serie taken in 1944 on Tarawa is among them and i think that ,by now, everyone who's into Navy knows the famous picture of the seabees wearing a Tarawa shirt....The entire series can be seen here

As i've said many times :"a little knowledge will take you a long way ...."
found this one on the Bay, it was advertised as "a piece of folk art" .It's in fact the only surviving part of what was an ww2 officer's trunk .As soon as i spotted  the cartoon on the lid ,i made the connection .The now famous and often copied cartoon caracter of a seabee on his bulldozer,was created by Jack Kellogg who was the 98th seabees official and prolific artist. Kellogg was also responsible for a lot of "nose art" seen on the fuselages of B25 in the pacific theatre .

Tarawa Atoll in the Gilberts islands,was one of the toughest and certainly one of the most important ones to conquer because of it's airfield and its strategic position in the Pacific  .It's only after savage fighting,at a cost of nearly 1,000 American dead,that the Japanese defenders were overwhelmed. On Tarawa, the Seabees landed with the Marines and in a mere fifteen hours put a almost destroyed airfield back into operation.

The first echelons of the construction battalions scheduled for Tarawa, the 74th and 98th, arrived in the lagoon November 24, 1943, D-plus-4, and advance reconnaissance went ashore as soon as the islands were declared secure.On November 27, a pontoon barge, which had been assembled on the ship, brought the first of the 98th’s equipment to the beach. This equipment was used in the construction of a causeway to facilitate the unloading of the small boats and barges, and the work of clearing the fighter and bomber runways was started the next day. By the 29th almost the entire battalion personnel was ashore.

A temporary camp was established near the beach, and by December 8 they started to serve the first hot meals.
The early completion of an operational strip was the primary objective. By December 18th, or 20 days after work was started and despite interruptions by enemy air raids, work progressed on the two strips and the bomber strip was usable.Two days later the first planes arrived.

Besides the landing fields and their own camp, the 98th built all the necessary housing and living facilities for 1,300 men: hospital, ammunition and bomb storage and a control tower........

stay put awesome score coming soon .....and it's not a jacket 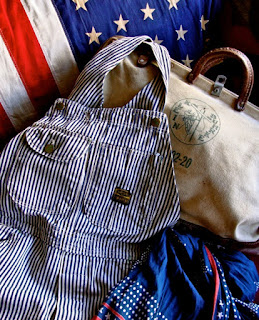 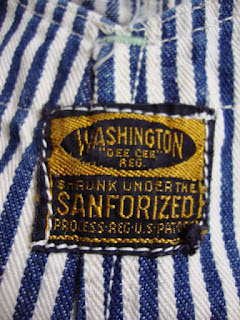 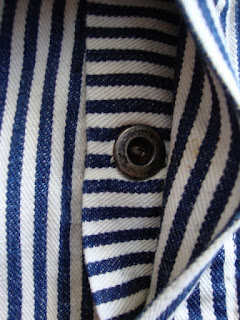 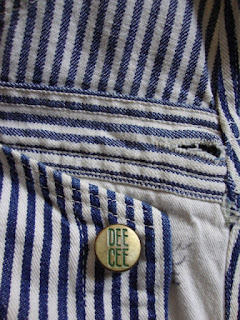 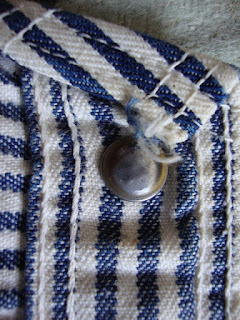 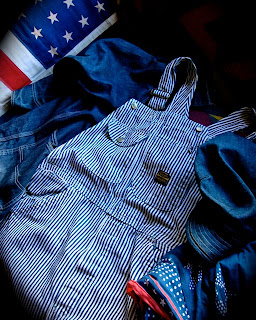 Just got these at my friend's store "static" here in SF .This pair of late 30's early 40's overalls were in such a great shape and a perfect fit to boot,that i couldn't resist....

SALUTE TO THE VETERANS 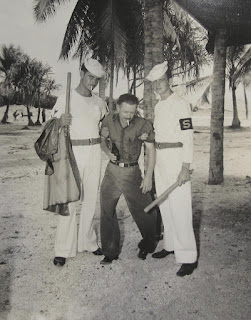 Posted by Patrick Segui RIVETED at 11:51 PM No comments: 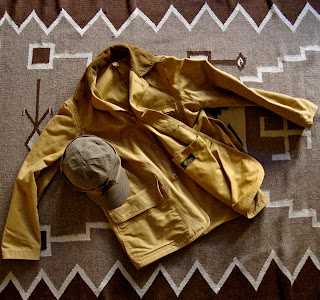 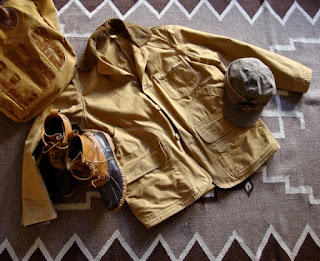 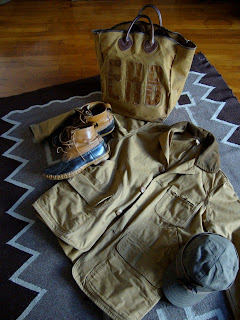 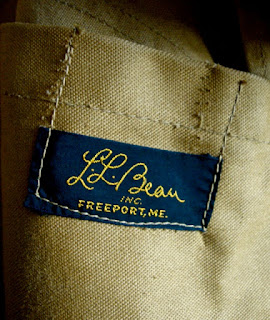 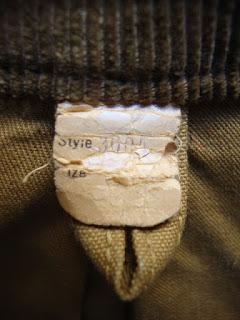 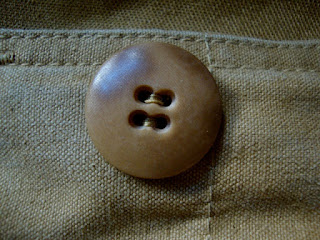 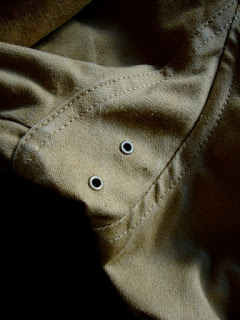 All decked out in 40's L.L. Bean and ready to fight the elements .The jacket is rather simple and retains the narrow shoulders look typical of the early jackets.It was found in an almost dead stock condition .Nice unmarked early celluloid buttons,Talon zipped breast pocket and underarms metal grommets .The tote bag is from the late 30's and was customized with leather letters by it's former owner [most likely his initials].the duck hunting boots are from the 40's and the hat from the stormy kromer co.

Posted by Patrick Segui RIVETED at 10:02 AM 3 comments: