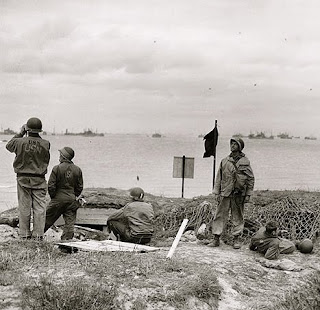 On the beaches of Normandy in june 1944 .beach battalion's personnel wearing their self customized jackets ,helmets and overalls....... 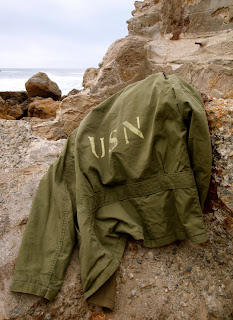 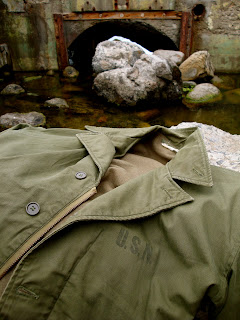 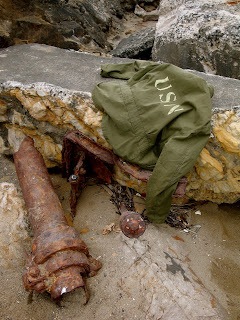 The N4 is darker and cut slimmer than the M41 .No epaulets and back straps. 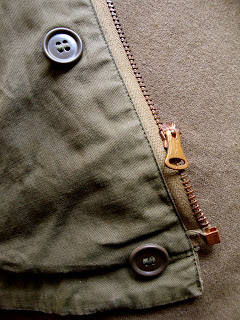 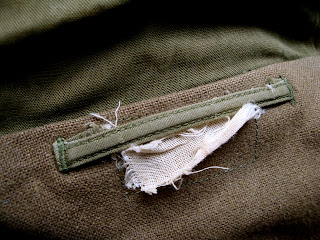 What's left of the original tag ........
Today i'll talk about the N4 us navy field jacket,you know...... the jacket every wanna be expert calls the navy m41 by lack of information.Well!! today's post will feature a special N4 from ww2.i started to collect in the early eighties and back then only strove to get items in the best condition possible.my main source was the Clignancourt fleamarket in Paris where this jacket was found.that day i was on the look out for a descent M41 but didn't get a "clean" one because they were even back then hard to get.So i've decided to settle for the NAVY version even if there was a stencil in the back. back in the days i was ,stupid me, passing on anything with writings, stencils ,drawings and so on .i should have known better right !?anyway that day i've changed my mind ... lucky me .after few years of collecting and reading i've discovered the significance of the markings on the back of the jacket .back in june 1944 in order to have navy shore parties not being mistaken for their army counter parts on the beaches of Normandy ,Navy personnel, were asked to mark all of their gears with a wide USN .So asap ,helmets and jackets were self customized and as a result variations were plentiful as can be.Today though they are as rare as can be .Real us navy d day items are rare and i'll cherish that trove as long as i can .
Posted by Patrick Segui RIVETED at 7:18 PM