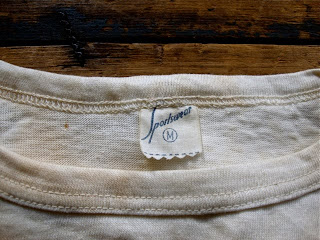 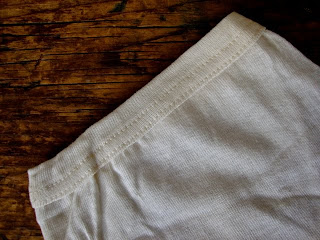 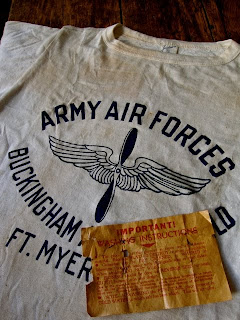 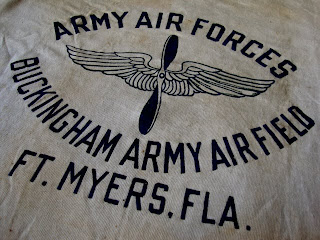 Today's post is about another rare find .a dead stock ww2 shirt ,in a decent size,is almost impossible to find nowadays,got this one when living in Florida a while ago.This shirt has its original flockage [felt like print] on it and tucked inside the shirt ,was the original care instructions for it .a must .
The Buckingham Air Field was the Army Air Force's southeast training:center, the flexible gunnery school at Fort Myers. It was located on Buckingham Road. The only use of the field today is for chasing mosquitoes hoping to eradicate them during the rainy season.
Most of the B-24's that flew the oil refinery raids over Ploesti, Romania came from Buckingham.
When the mission idea came down, they took most of the crews from Buckingham as they were experienced.
They were in the middle of their frangible bullet training there.
That was where they had a P-39 & a couple of other aircraft with an extra layer of skin
and they fired the bullets right at the aircraft instead of a tow target."
Posted by Patrick Segui RIVETED at 9:21 AM