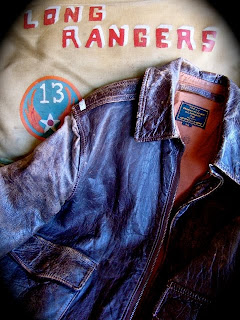 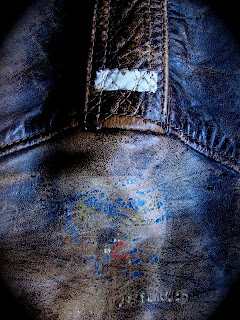 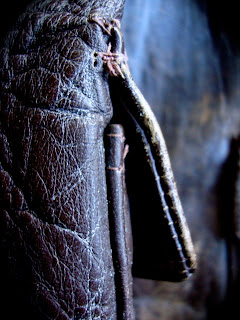 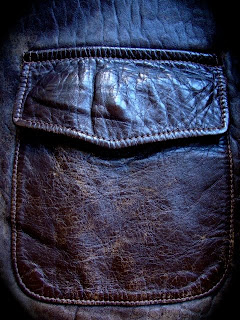 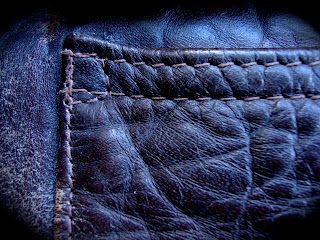 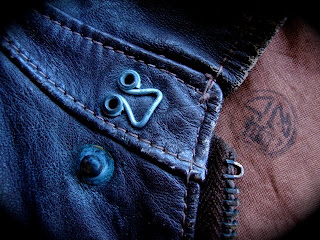 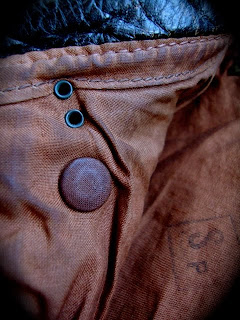 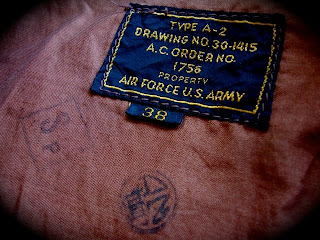 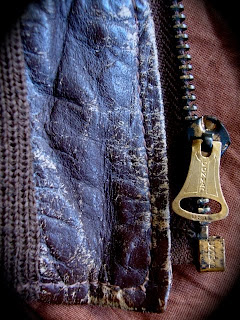 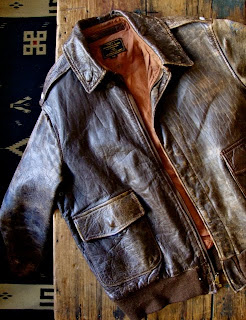 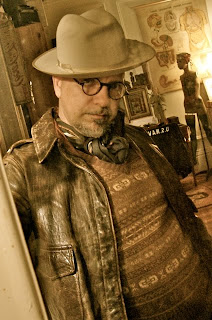 The A-2 is probably the more versatile jacket in existence and beside it's iconic status,it's probably why it was so widely copied .Today,as it's nice and worm enough here in good ol' SF, i've decided to wear one of my favorite A-2 jacket [so far] from Perry sportswear .I'm not going to tell you about the A-2's history, as it can be found allover the net but instead showcase some of this jacket's unique features .....
This A-2 is an original WW2 Perry Sportswear .It has a contract # without the company's name,but was easily identifiable [look at the pictures]. Perry's earlier smaller contract was mostly made using goatskin,but some were evidently done in horsehide too. Perry's design,were mostly produced in russet horsehide and seal brown model are scarce.
Perry's jacket is a very athletic and sharp one,as it's roomier at the shoulders and sleeve tops,so it fits more like a modern jacket should ...no discomfort here or need to get a bigger size.
some of Perry's unique and evident details are the stitching . The pocket's flap top stitching has a wide gap from the edge, and that stitching only goes through two layers of leather (not the folded leather edge as most other makers), and the top stitching around the zipper and collar is quite close to the edge. No triangle stitching was done at the base of the zipper. Some Perry jackets have the leather of the wind flap built in three sections, rather than just one as seen one this example. Note the pocket body stitching at the top, which is a square, rather than the more common triangle.no Perry has ever had a pocket tag .they also all have a collar stand which was avoided by most of the other manufacturer ,as difficult and time consuming to manufacture.another tell all detail is the Conmar zipper as it was the one used for almost all their production [some examples with Crown exist ]

Posted by Patrick Segui RIVETED at 11:21 AM