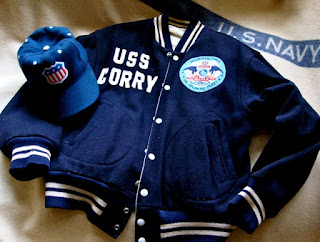 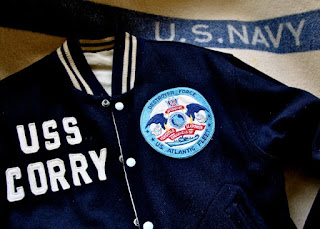 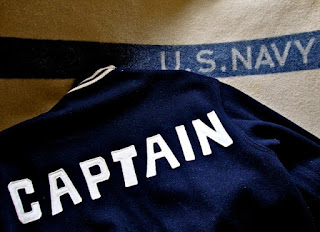 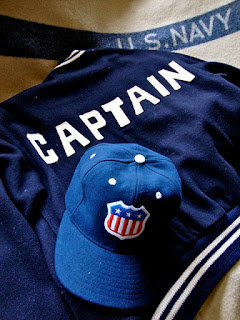 As i've pretty much been absent for the last month or so ,i've decided to "come back" with a unique piece.This beauty,straight from the riveted's vault,is an original Captain's tour jacket from the 50's. US Navy souvenir/tour jackets are plenty full ,in fact as numerous as crew members right !? As for a Captain's jacket, it's another game as there's only one on board ...this jacket is very special to me,as my nickname back in the days was "Captain" .

The Destroyer Force, Atlantic Fleet, was established after the First World War and went under this designation until April 1962 when it was renamed destroyer cruiser force.

Between the years 1946 and 1953 the U.S.S. CORRY operated over practically the entire North Atlantic Ocean,as part of the destroyer force of the Atlantic fleet. She also made three cruises to the Mediterranean for a sum total of sixteen months. While there, the men of the CORRY visited every major port from Gibraltar to Suez and back again. Then for two and one-half years she operated out of Pensacola, Florida, while she trained reservists and assisted carrier groups as they qualified air cadets.

Posted by Patrick Segui RIVETED at 11:40 AM