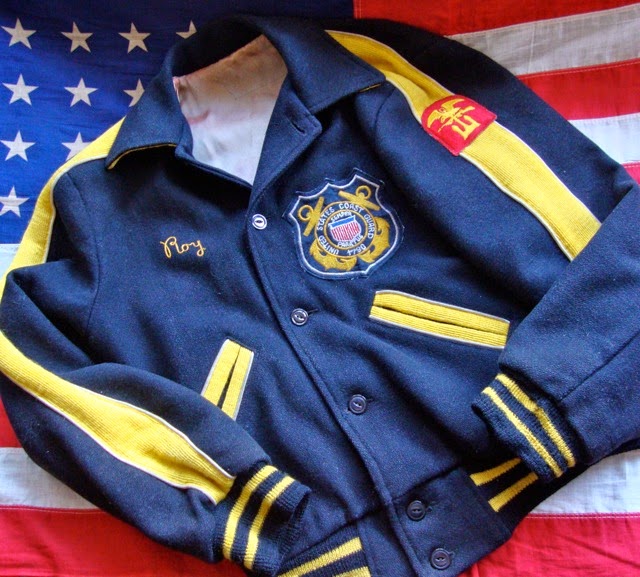 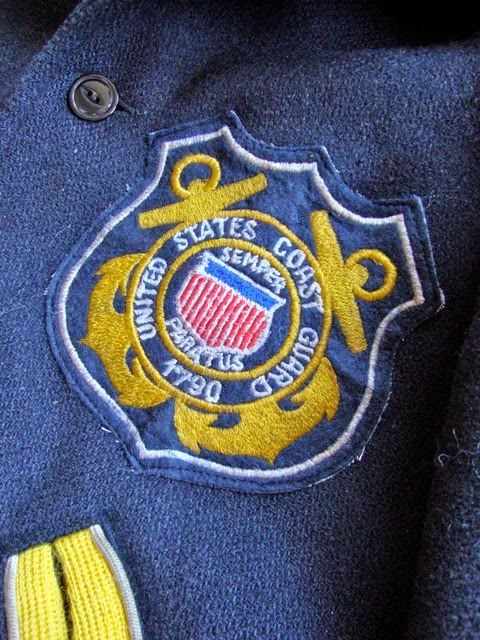 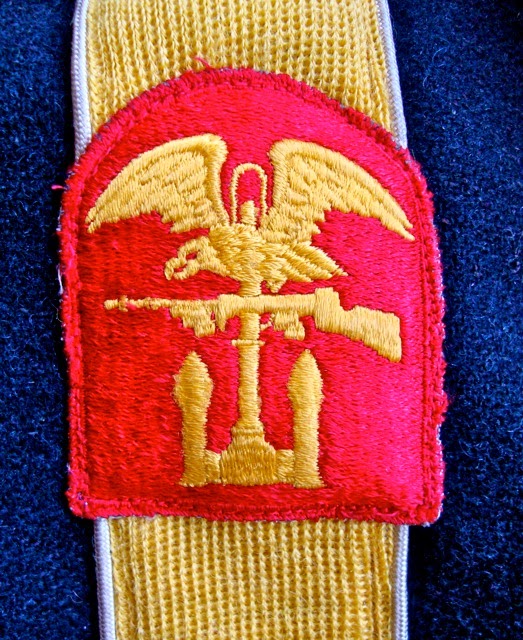 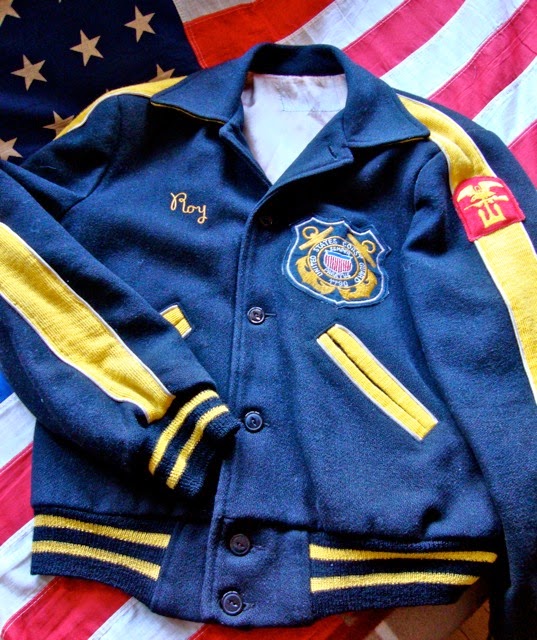 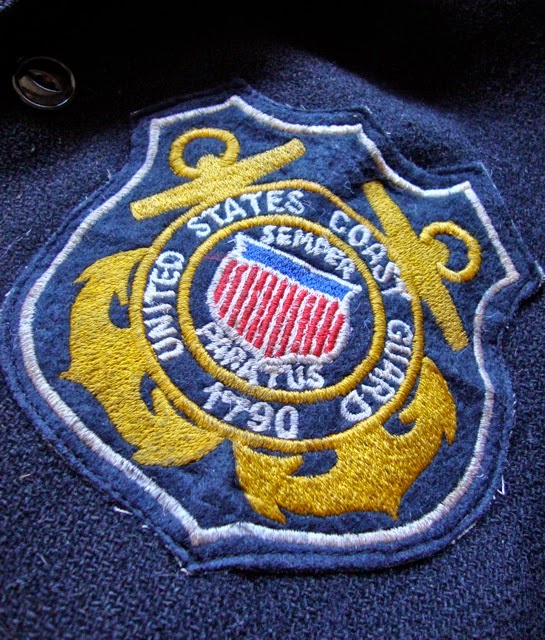 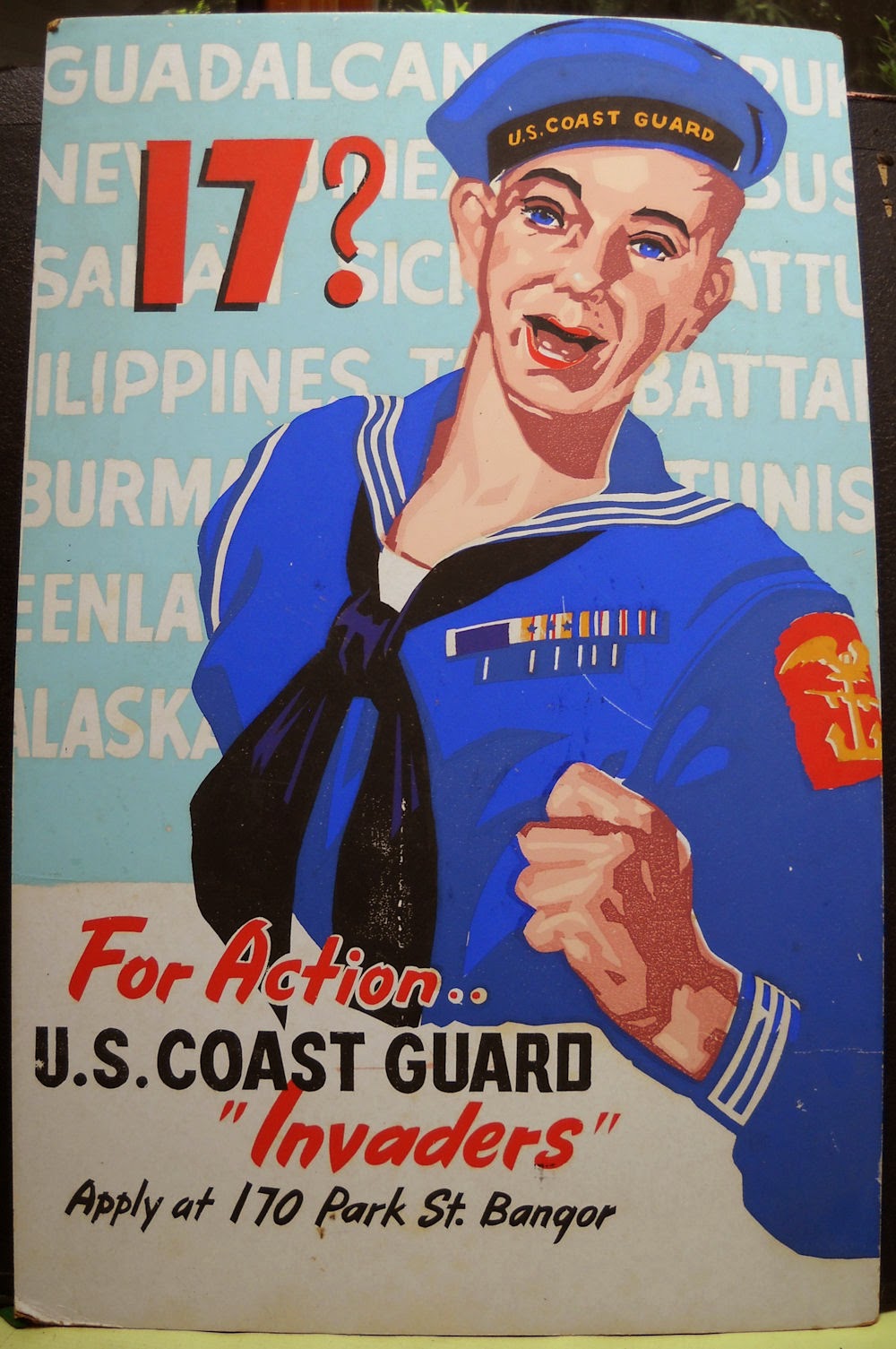 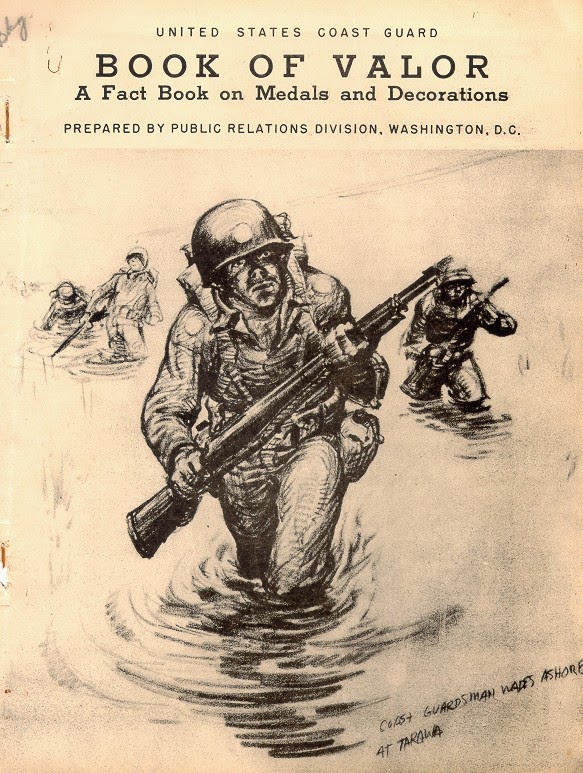 Today's pick is a nice example of a private purchase 1940's "varsity type" buttoned down jacket ,that belonged to a Coast Guard who served in Europe.
Roy's jacket is adorned with a beautiful ww2 CG patch and a second version of the 1944 USN amphibious forces patch....As not a regulation item i doubt that Roy wore it during his time in service but most likely after the war like a souvenir jacket maybe !?.None the less it has a good place in my collection ......

Coast Guard's units were assigned to the Navy during the spring 1941.It's on November of the same year that the Coast Guards were ordered to operate as part of the Navy.  Among the most important Coast Guard undertakings were cold weather operations in Greenland, anti-submarine warfare escort in the Atlantic, amphibious landings, search and rescue, beach patrol, and LORAN [long range navigation] duty.
Coast Guard personnel manned amphibious ships and craft from the largest troop transports to the smallest attack craft.  These guys landed Army and Marine forces in every important invasion: from North Africa to Italy,Normandy and Iwo Jima in the Pacific.  Also, due to their experience in handling boats, Coast Guardsmen helped train members of the other military services in the use of amphibious craft.

Two hundred and thirty one thousand men and 10,000 women served in the Coast Guard during World War II.  Of these, 1,918 died, a third losing their life in action.     Almost 2,000 Coast Guardsmen were decorated, one receiving the Medal of Honor, six the Navy Cross, and one the Distinguished Service Cross. The Coast Guard returned to the Treasury Department on 1 January 1946. 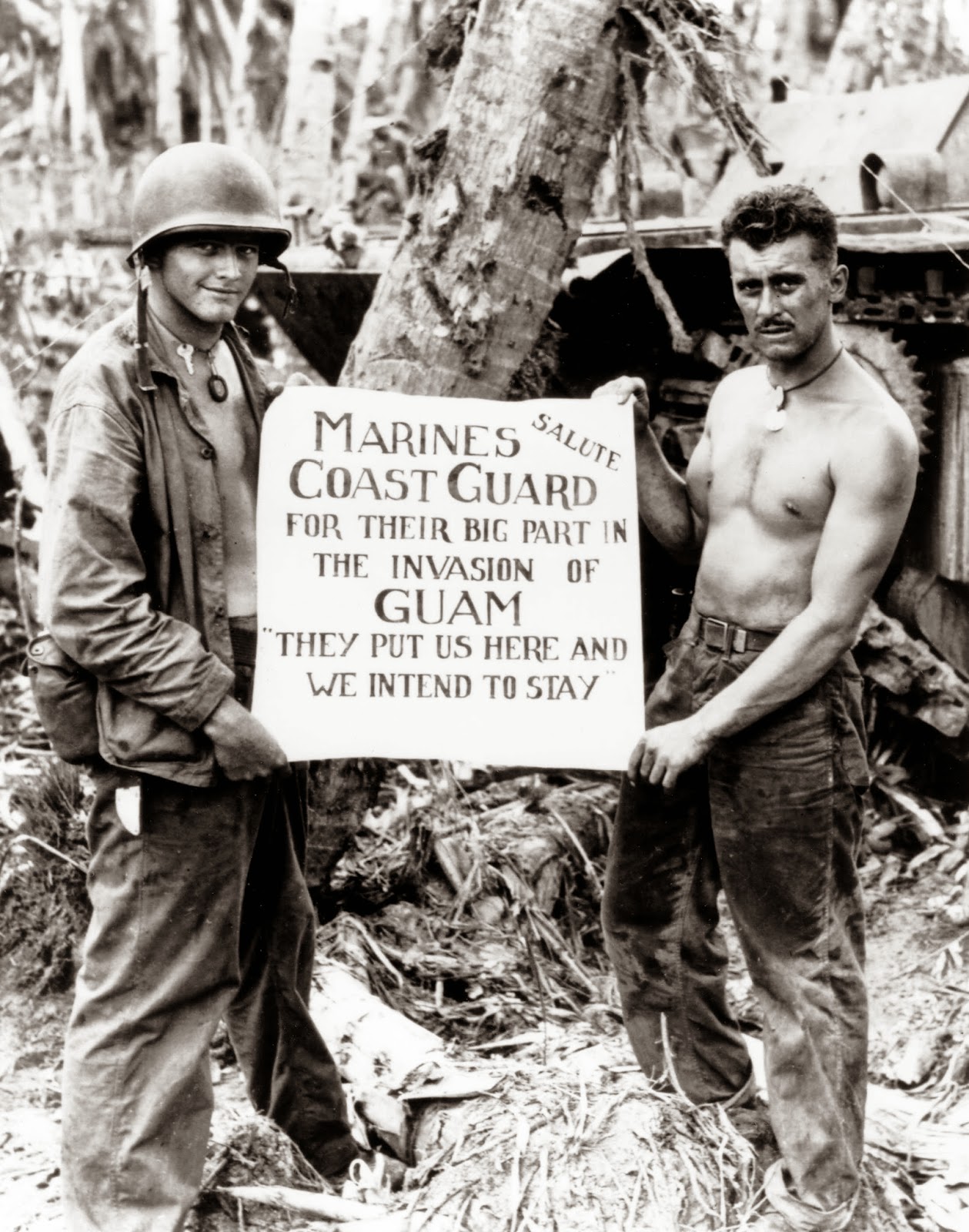