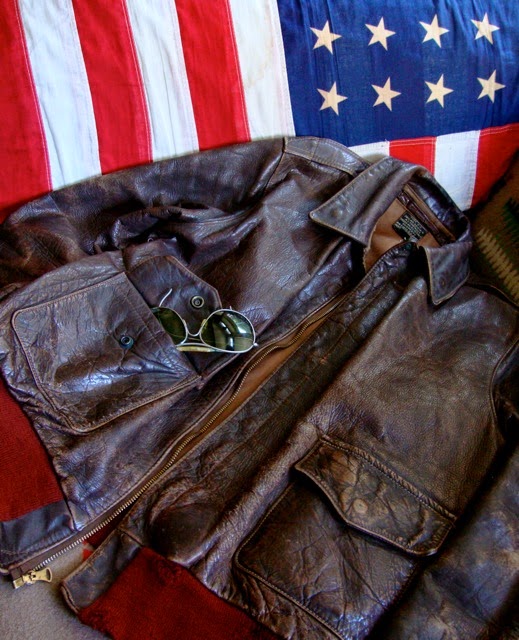 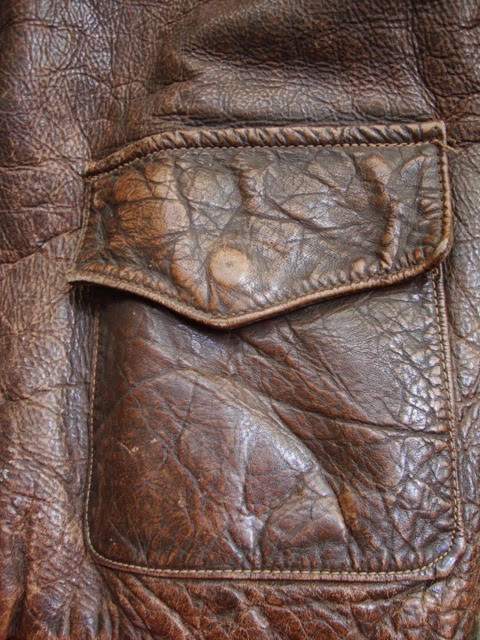 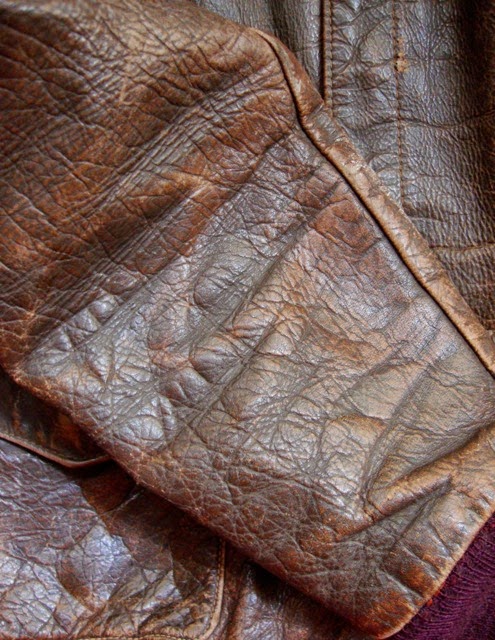 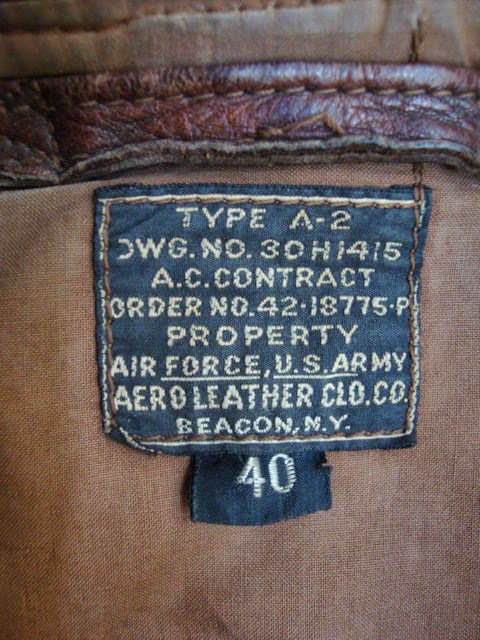 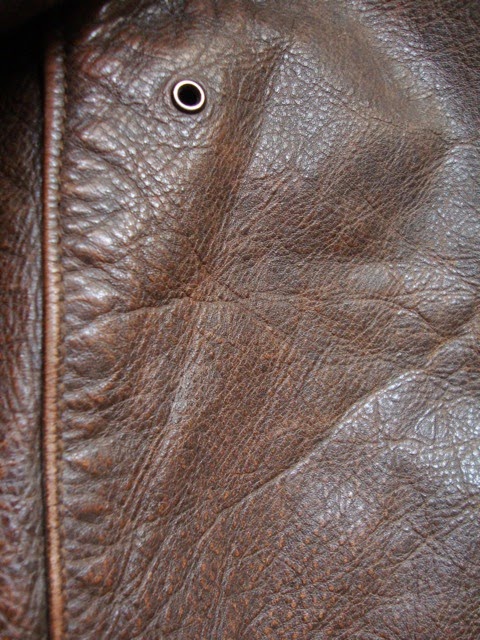 It seems that there's been a trend lately on various forums,about how a war time A-2 repro should look to be "period correct" They've been taking about grain thickness and so on....In fact ,what people emulate nowadays and refer as "war horse" was mostly the result of original manufacturers taking the most out of every piece of hide that went into their cutter's hands.Using heavily broken grain and marked hides that would have been rejected or hidden during a pre or post war production. By hidden I mean mostly used for less visible spots such as the back of the sleeves or lower back sides, resulting in a more "plain" and attractive jacket for the costumer.Not so much of a priority for wartime production .
Nowadays it's really difficult to find hides with an heavily natural  broken grain, as tanneries have a tendency of rejecting such less attractive hides.....

To illustrate today's post about wartime hides,here's a nice WW2 seal brown heavily grained horsehide Type A-2: Aero Leather 42-18775-P ,the very last A-2 contract they made.
Aero Leather Clothing Co. of Beacon, NY had a good number of contracts for the Army Air Corps and Forces. Most of the jackets from this contract retain features of earlier Aeros designs like square pockets, a mustard colored lining, brown or green thread, but unlike the two earlier wartime contracts (W535-AC-21996 and 42-15142), jackets of this contract are usually made with pigment finish horsehide and brown knits.but  some jackets of this contract, like this example,were made with darker horsehide and red knits, common features of 2 earlier wartime contracts, and sort of a trademark of Aero A-2s.
Posted by Patrick Segui RIVETED at 5:11 PM