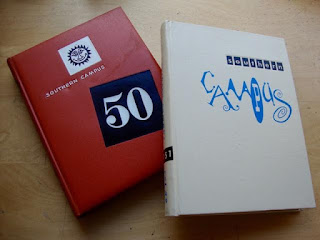 t'is the season for Yearbooks right !?? Classic mementos of years gone by, most of them ,you must admit when found at a fleamarket or garage sale ,are boring to say the least . The 2 UCLA books featured today are the total opposite as fully illustrated in that great graphic style of the glorious 50's . The first yearbooks were composed in the 1600s, and were merely scrapbooks. Keep in mind, photography was not really around until the 1820s. Since there were not pictures, people would fill the books with notes, articles, flowers, and even hair to remember events.

It wasn’t until 1806 that the first college yearbook was published, by Yale University. Eighteen years later, in 1823, the Massachusetts College of Pharmacy published the  longest surviving book, entitled the “Signia.”  It was 22 years after this, that the first high school yearbook was published. This book was called “The Evergreen.” High school yearbooks, continuing in this tradition, are still going strong even today.

The printed books as we know today only came to exist in the 1880s ,with the invention of the printing press.Schools  were then able to mass produce yearbooks .In the 1930s, yearbook companies started sending representatives to schools to help school's staffs. With the use of computers It now takes way less than eight weeks to print hundreds of books and ship them to the schools...... 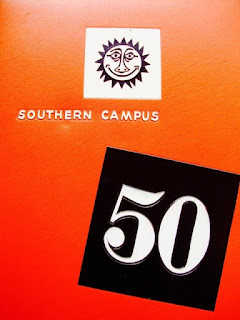 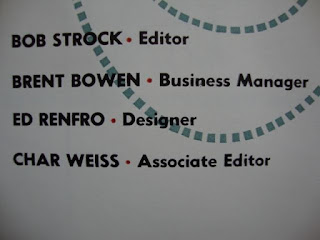 Illustrator Ed Renfro was born on December 2, 1924, in Huntington Beach, California. After graduating from Huntington Beach High School in 1942, he served in World War II as a combat heavy bomber pilot with the 8th Air Force over Germany. He took advantage of post-war education opportunities to get an art degree from UCLA in 1950.

Renfro worked as an advertising artist in Los Angeles and as a free-lance illustrator in San Francisco. In 1955, he moved to New York to continue his work as a free-lance illustrator of children's books, advertising art, magazine editorials, and television work. Renfro's work appeared in many national and international shows and publications, and won numerous awards and honors. He and his first wife, artist Suzanne Bonham, had two children. 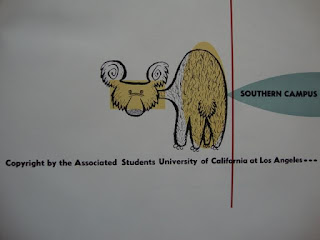 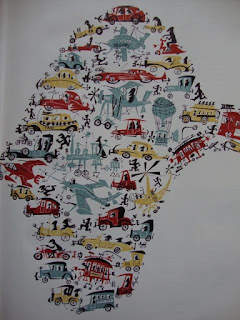 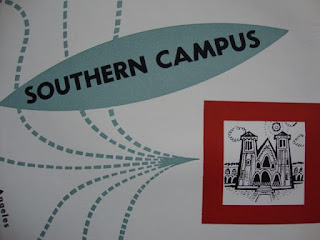 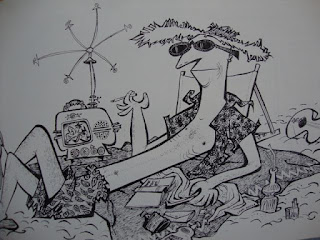 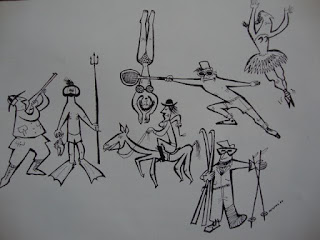 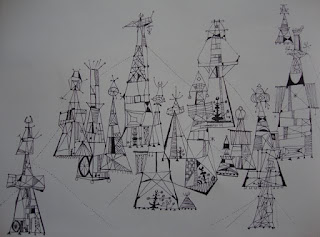 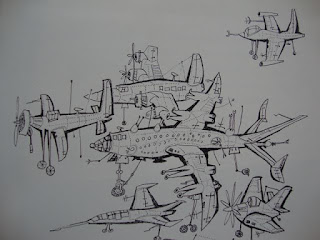 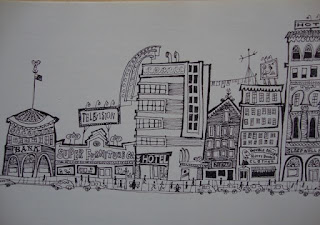 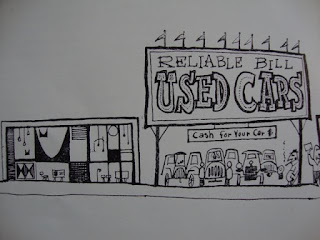 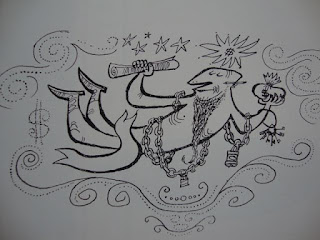 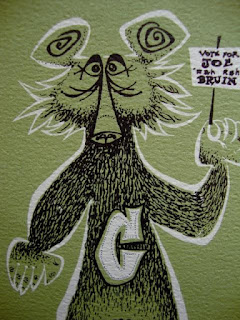 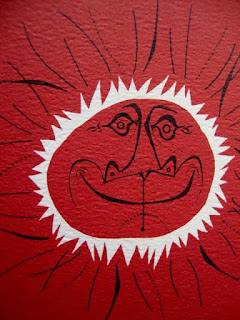 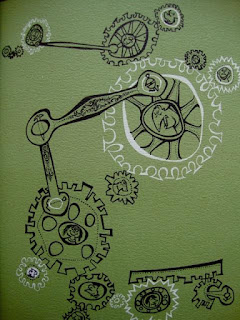 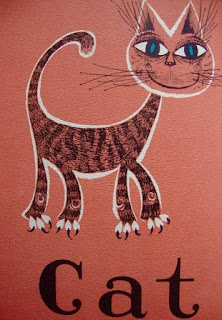 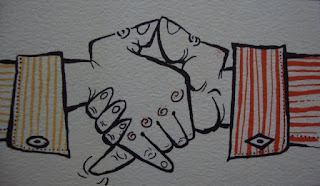 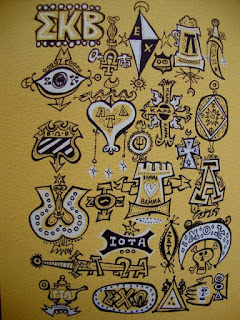 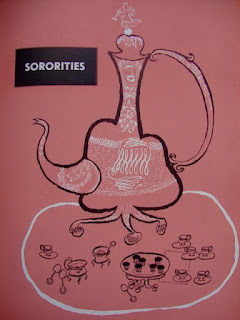 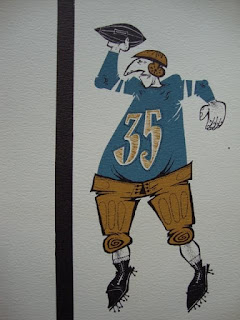 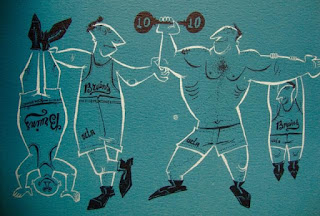 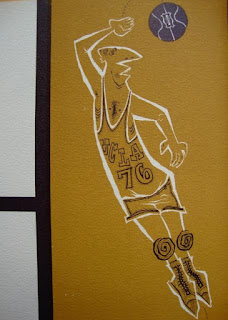 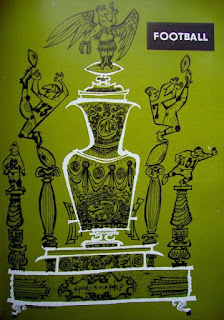 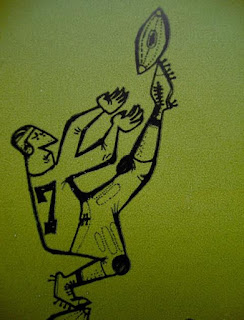 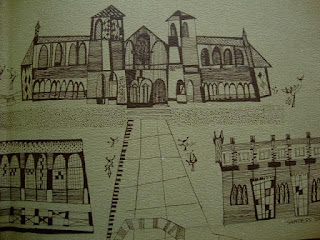 Posted by Patrick Segui RIVETED at 9:30 AM