NOT JUST ANOTHER SHOP COAT .....IT'S A STRONGHOLD SHOP COAT 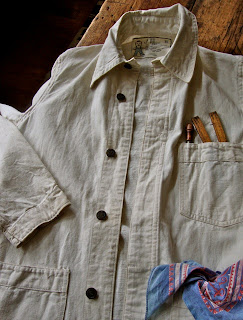 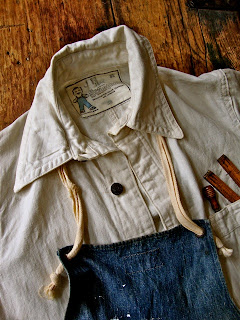 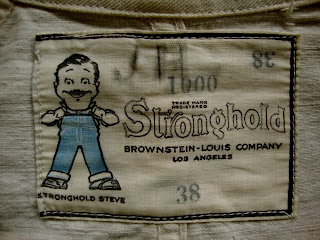 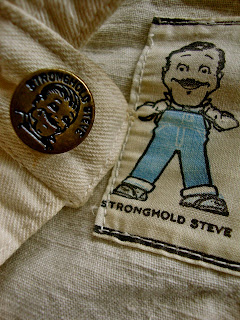 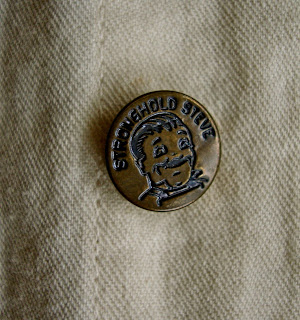 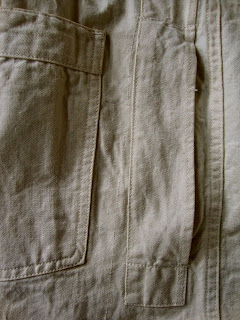 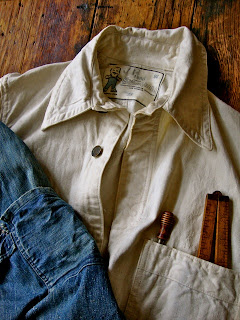 BROWNSTEIN, DANIEL was a california born  Wholesale Merchant and Manufacturer
Mr. Brownstein spent his early youth in the north of California around Red Bluff , then when the family moved to San Francisco and entered the Boys’ High School, where he was graduated in 1887.
Shortly after finishing his studies Mr. Brownstein moved and settled permanently in Los Angeles in the latter part of the year 1887.There he was offered a position in the wholesale house of the Jacoby Brothers, pioneer clothiers in Los Angeles, and remained with that firm for eight years......
With the retirement of the Jacoby Brothers from the wholesale business, Brownstein was determined to take over and then created the firm of :Brownstein, Newmark and Louis.His partners in the venture being Henry W. Louis and P. A. Newmark. The three men were former wholesale clothiers combining their efforts to make the enterprise a success.
Business started in the old Baker Block in LA with one room and a basement as a store. The firm expanded until it required three stores and basements to house its stock. Brownstein’s company added manufacturing to their business around1899.Then, in 1905, the company moved to a new four-story location the department now employing about four hundred people. The company built another plant in 1912 providing employment to a thousand workers.
On Jan.1911. P. A. Newmark,partner of 15 years, withdrew from the firm, selling his share to Mr. Brownstein and his partner Louis. The business was then incorporated under the style, Brownstein-Louis Company.
Brownstein was member of the Board of Directors of the Los Angeles Chamber of Oils and Mines,chairman of the Committee on Mercantile and also a prominent member of the Los Angeles Merchants and Manufacturers’ Association.
Mr. Brownstein was one of the leading Masons on the Pacific Coast and was a Knight Commander of the Court of Honor of the Ancient and Accepted Scottish Rite of Freemasonry. He was also a member of the Mystic Shriners and of the Native Sons of the Golden West......interesting and intriguing past to say the least
Posted by Patrick Segui RIVETED at 8:12 PM