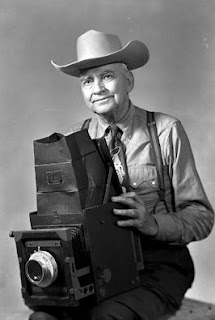 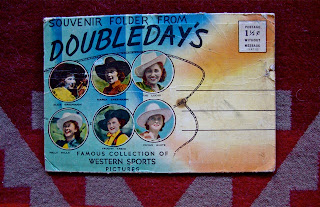 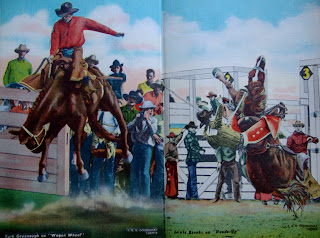 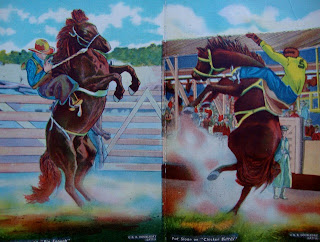 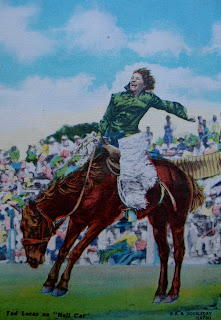 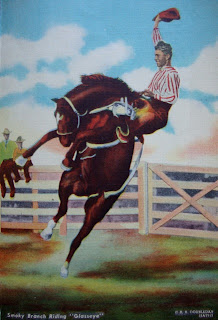 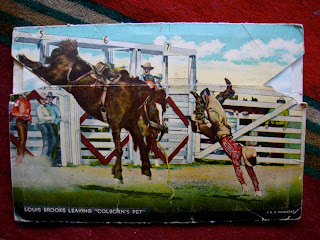 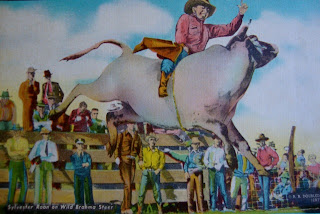 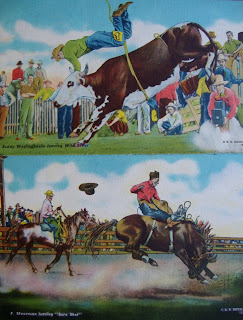 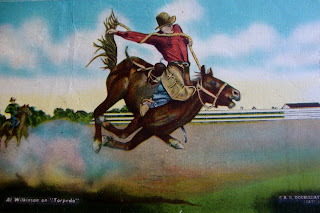 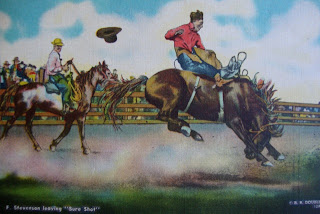 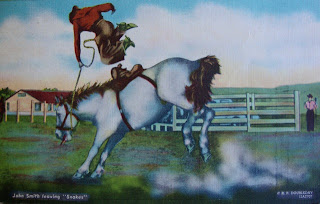 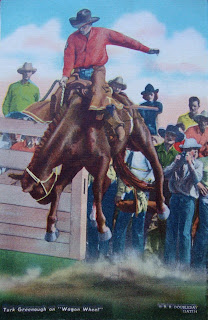 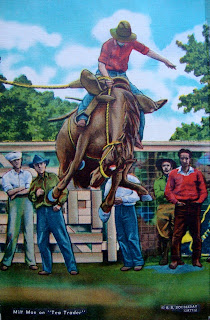 In the early years of rodeo,Ralph Doubleday changed the way rodeos were photographed. When rider Gus Nylen was bucked off his horse, Doubleday took a picture of him in midair, becoming the first person ever to capture such an image."action picture " was born.
Doubleday was fearless in his pursuit of the dramatic shot,by being right there in the arena standing there,hopping to shoot the shot
While many of his images were sold to magazines and the press, Doubleday's primary and substantial income came from photographic postcards .After 1907, when Congress legalized the mailing of divided-back postcards with the message on the left and the address on the right, the production of photographic postcards grew into a substantial business.A national craze for postcards made the first decades of the twentieth century.It was the golden age of picture postcards.Americans were then mailing nearly a billion postcards annually .Entrepreneurs, such as Doubleday, found a niche in this business. Besides drugstores and souvenir shops, 200 Woolworth stores carried the Doubleday line at one time. It is estimated he sold over 30 million postcards.

Posted by Patrick Segui RIVETED at 10:47 AM