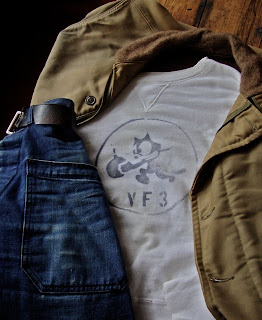 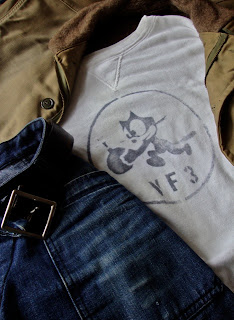 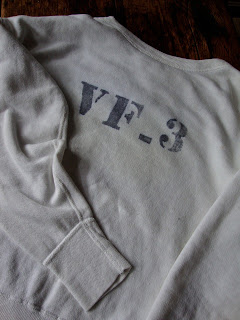 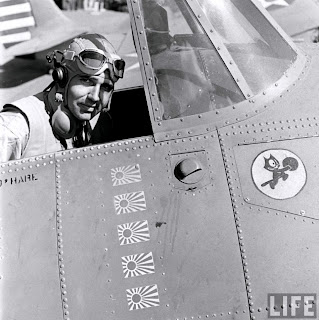 all artwork © patrick segui
So i did it again ....here's the new period correct, hand made reproduction sweatshirt.I must say that this one is even more convincing and is your best ever alternative to the real deal.
i've chosen one of the most iconic and reproduced USN squadron's mascot : felix the cat of the famous VF-3 .
The VF-3 is the second oldest fighter squadron operating in the U.S Navy and is known today as Fighter Squadron Thirty One.VF-3 has a rich history and we can trace It’s beginnings in July, 1935. During WW2 VF-3 served aboard the carrier USS Lexington until its sinking during the Battle of the Coral Sea .It was then assigned to the USS Yorktown until the Battle of Midway. After Midway, the squadron served in several other posts, including the USS Enterprise until the end of the war. After the battle of Midway, VF-3 and VF-6 [who was also using the same mascot] swapped designations on July 1943, resulting in a three year controversy as to which squadron owned the "Felix" name and emblem it was until VF-3 was re-designated VF-3A on November 15th 1946 and awarded the official approval to adopt Felix the Cat by the Chief of Naval Operations. VF-3A was then re-designated VF-31 on August 7th, 1948.  The Chief of Naval Operations approved the official adoption of the "Felix the Cat" name and call-sign by VF-3A.  On August 7th 1948, VF-3A became today's VF-31 aka the Tomcatters.....