KEEPING UP WITH THE G1 CONTRACTS... 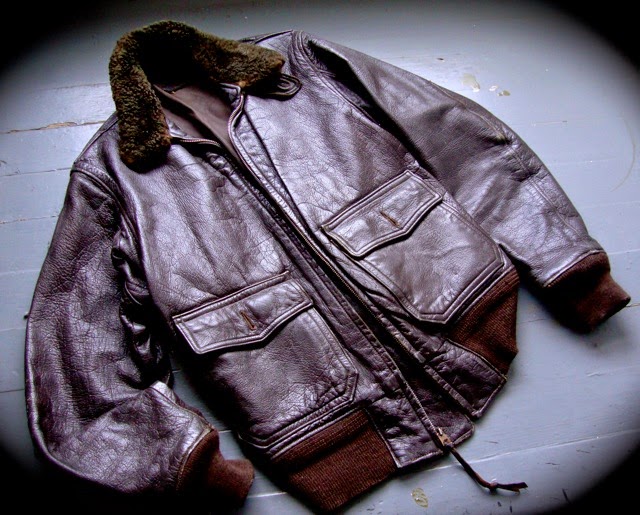 Cagleco  started as a leather manufacturer in 1949 under the name : "Cape Girardeau leather manufacturing company" .In 1953,the Cagleco name was registered and used for the first time .Based on115 Themis St. in Cape Girardeau Missouri.the company was the predecessor of Ralph Edwards Sportswear considered by many to be among the best manufacturers of G-1 jackets.By1955 the company was awarded a 13,200 leather flight jackets contract by the government ,Cagleco moved its quarters to a bigger location on Broadway St .Apparently ,the Cagleco company was awarded 5 contracts from the Navy . 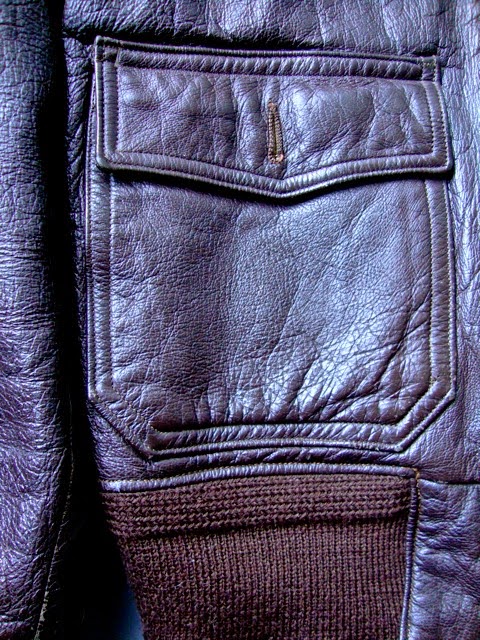 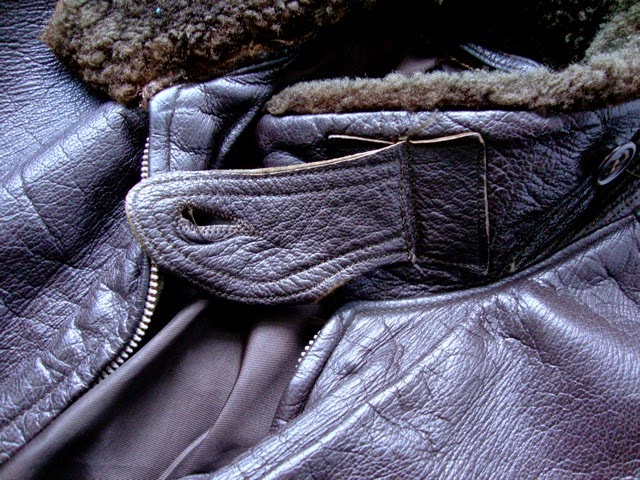 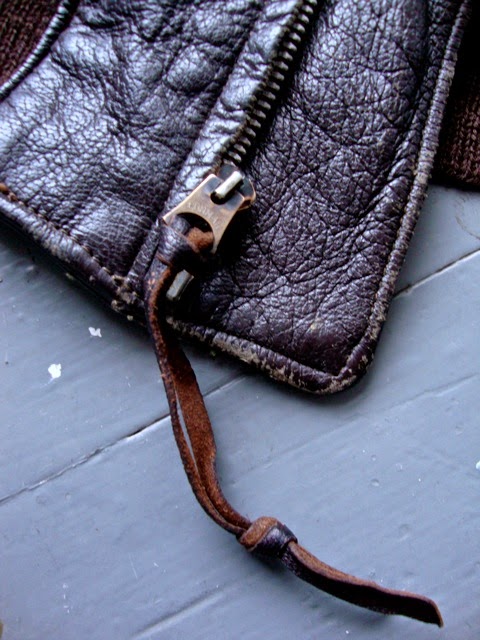 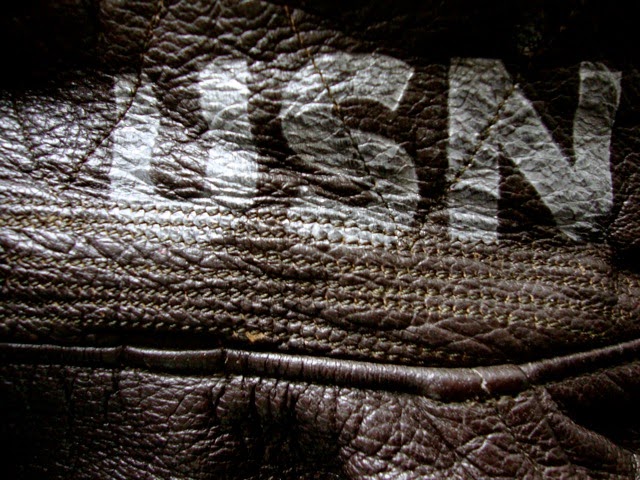 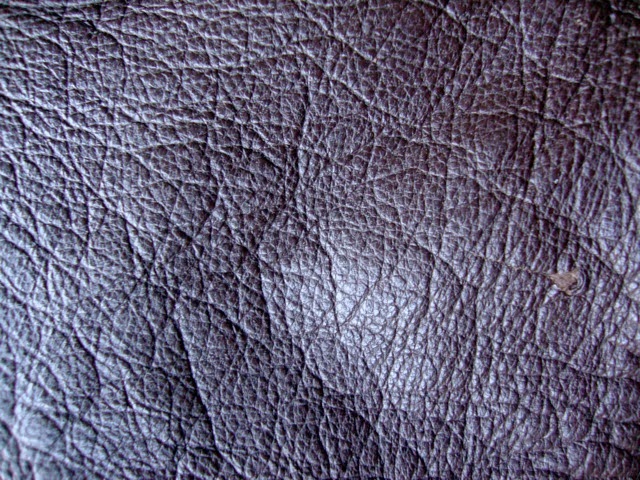 As with most of the early G-1s,this example has awesome seal brown goatskin with lots of grain and patina. The jacket also features the early scalloped pockets similar to a WWII era M-422a jackets.

This jacket is from an early 7823 spec ,as it retains the USN stenciled in silver gray under the collar and doesn't have the USN perforated on the wind flap .Later produced Cagleco jackets sometimes have both,but the perforated USN is placed lower on the wind flap and is way smaller than the one commonly seen on other jackets .The other particularity of this jacket is the dark brown collar on used by the company on the early models .

The early 50's saw the introduction of the MIL spec jackets,the first one being the MIL-J-7823(AER). All of the jackets from the 50's,beside the sort lived 1951 55J14, had this specification on their tags. As with the earlier jackets the contractors had, apparently, much leeway in the cut and sizing of these jackets.To that extend with the same contract  and manufacturer one might find sometimes a differences in sizing.I'd recommend ,for those of you in the market for such a jacket [early contract] to make sure you check the measurements first and don't be fooled by the bi-swing back.
In 1959 under the : Ralph Edwards name,Cagleco expends once more before its last contract. The A series jackets are the first baring the Ralph Edwards name on their tags........ 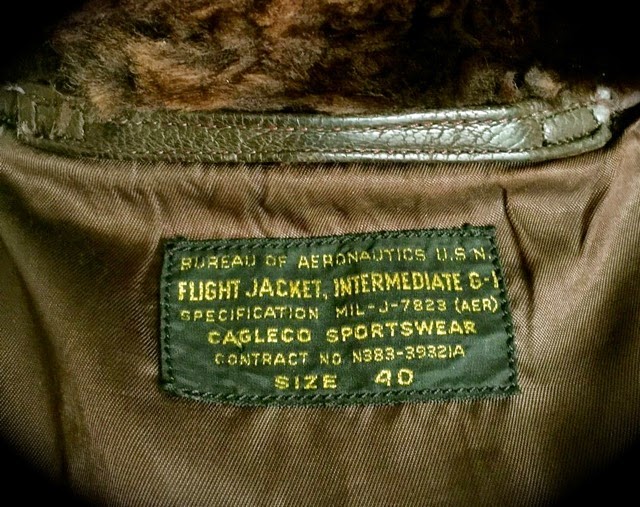 BTW it takes time to gather info and share it for free via this blog....so,once in a while,it'll be nice if you professional "rebloggers" finally decided to post a link to the original source of the pictures or texts you've "borrowed"...thx
Posted by Patrick Segui RIVETED at 11:58 AM