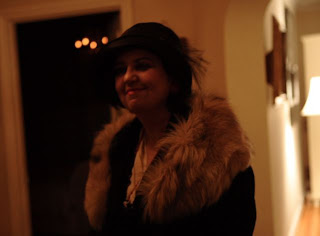 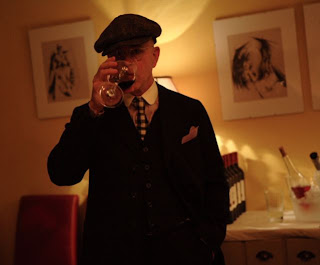 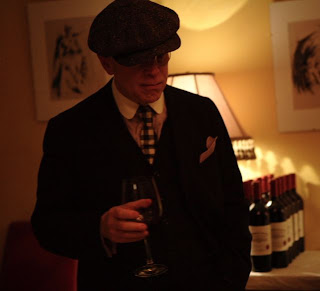 A good one!!!It's all about the details......
One year already!??
Fun ride so far. I wish i had more time to post more often ,as i use to do in the beginning . It takes time to take pictures and make them interesting and so on....The most rewarding fact is that ,by finally "coming out of my grotto" ,i've met some nice people ,made some interesting acquaintances ,got some projects in the work and even made new friends .
talking about friends ,i've decided for this anniversary post,to let my good friend Gregg Greenwood the only person that i really respect as a true passionate about vintage and "friend of the arts", to be the editor for one day,let him share is knowledge,perspective and rant as much as he wanted to,on the vintage world .
so here's Mr G unedited in is own words.....
Old clothes. An addiction and passion of mine from when a kid in the 1950s. A pre-school digger, on the prowl exploring grandma's trunks & attic and the dank corners of post WWII Army-Navy surplus stores. And the goal always to wear, never ever merely to collect. Like it all, formal wear, suits, uniforms, and work wear, from all eras--18th century thru 1960s. Strive to wear the full range of stuff as much as possible, made easy by the goings on in San Francisco.
What a big difference between wearing work wear and my other vintage men's clothes. Who notices selvage denim, 506 jackets, A2s but fellow travelers, maybe .001% of the public. Work wear collectors belong to a secret society, the cognoscente. You go under the radar wearing it, except around fellow connoisseurs. To most, it just old battered clothes. So for me, it's been mostly a private passion.
When wearing my "other" vintage clothes I'm out there--a public act. The other stuff, Victorian, Edwardian, early-mid 20th dress clothing gets attention--in a big way. Wearing it is socially engaging, unlike the work wear. I find it great fun to wear, and best with a group. Hitting the hot spots in 1930s cars with clothes to match; arriving at the 1906 earthquake memorial in '06 autos and clothes--a scene from E. Gorey come to life. Even jaded San Franciscans turn a head and get delight. Or that night walking down Bush St. with 10 guys in Victorian frocks and toppers to the shock and screaming delight of a Goth chick by chance looking down from her window.
Yeah, the non-work wear stuff is great fun if you don't mind attention. And such an active social scene: tweed rides, steampunk events, Edwardian balls, speakeasies. The old clothes break out of the closet and get to live it up. Some times dead-on correct period dressing, other times enjoy trashing the rules and mixing it up, the fun and abandon of steampunk and Edwardian kink.
Work wear's collective seems to be more online, where it has a great virtual community, seen in many excellent blogs-such as Riveted!!!. Plus the Japaneses magazines, and lavish collector books. Great eye candy for devotees. Of course that's partly fueled by the commercialism that's driven the prices, shrunk the finds, and spewed out rude, voracious pickers and avaricious dealers. And such a serious crowd are the work wear folks in contrast to my fun loving "other" vintage clothes crowd. Must be the scarcity and the high value that makes work wear devotees so damned serious, intense, calculating and graspy--want a truncheon at times!!
What's gets me is how few collectors are as eclectic as me. I see little crossover between workwear collectors and other vintage clothes collectors. Often each turns their nose up at the other--what a narrow range of experience most people seek.
So at 60 glad I got a lot of good stuff before you young punks came on the scene. Relish my past finds almost as much as my past seductions, and plan to wear the stuff till it rots--sorry ebay carrion.
Yeah, a lot of great stuff was around in the earlier decades, and damn it, I should have bought more,more!! and store where, where??
So some random notes from a senior devotee on the current scene. Work clothes. What a rich irony the clothes worn by pro-union, leftist proletariats are now a .
Collecting just to hoard or to sell seems profane. But in recent years many buyers and diggers, seldom a wearer.
elmets down at the fire station.
Of, course, never has been just the clothes. It's the quest, the search, the exhilration of the find. And the history. Repos, a regretable but thankful addition.. Want the my stuff imbuded with the past, reeking of it, stained by it. Lived in it. That's the magic and allure of old clothes to me: the time they've traveled.
I can't do it, so next best is to slip into the stuff that has: 19th century frocks, WWI uniforms, battered leather jackets.
What era, style? The gamut. 19th century belle eqopue,
Original vs. repo. Close link with history. Magic power of old clothes, invested with romance and connection to period history. What did that 1930s suit from a Berlin tailor witness?
Collect to wear. Collectors, dealers, and wearers. No inhibition in wearing weird stuff.
Posted by Patrick Segui RIVETED at 9:36 AM