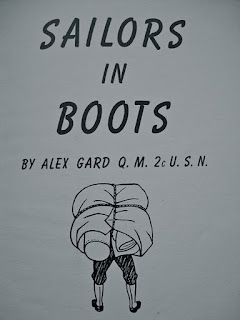 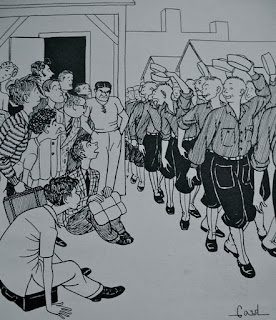 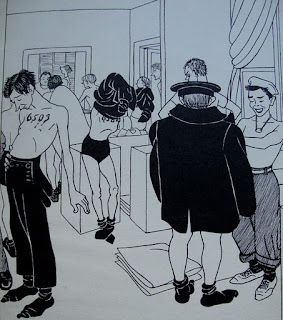 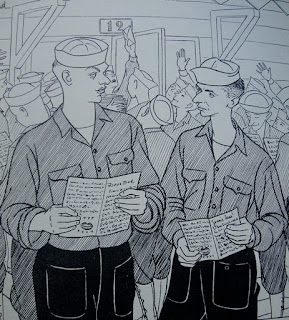 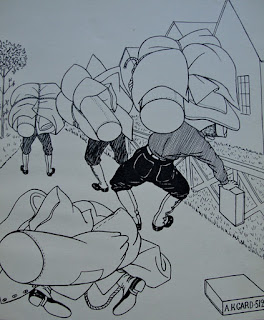 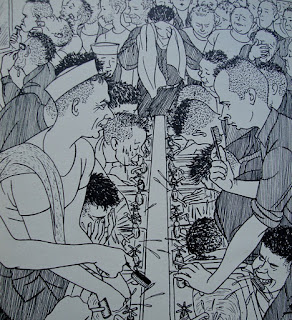 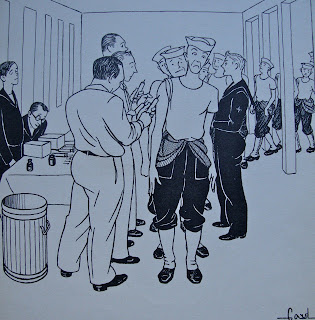 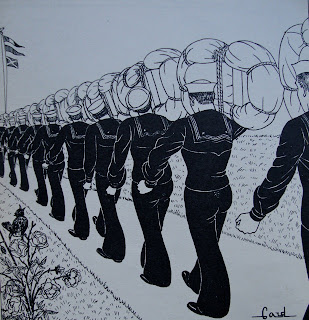 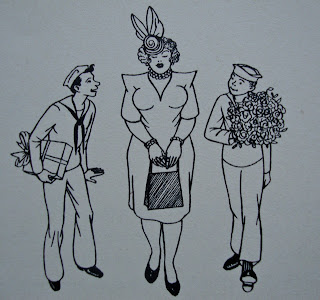 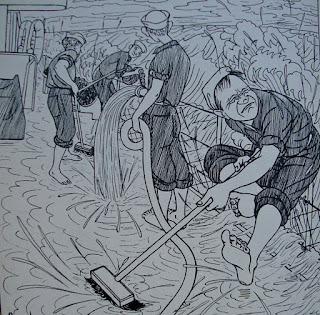 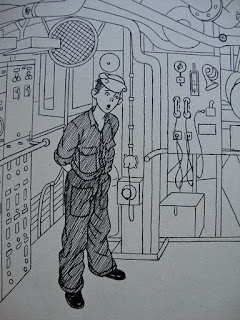 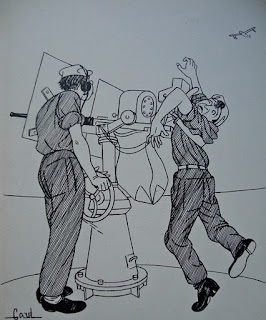 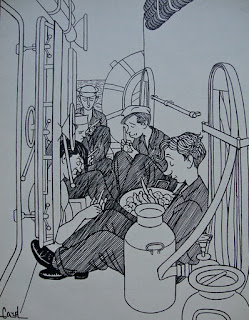 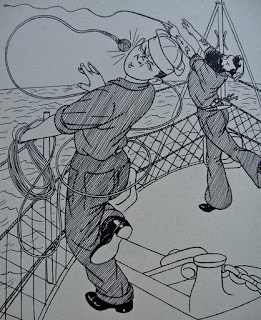 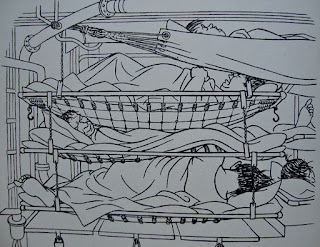 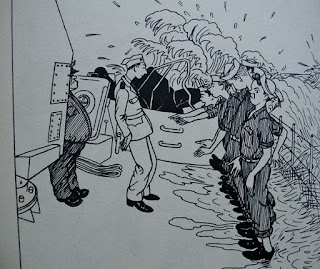 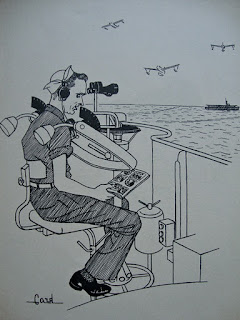 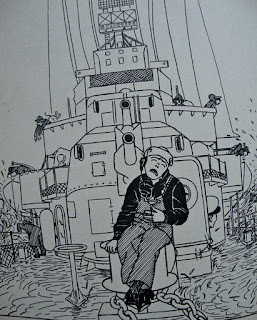 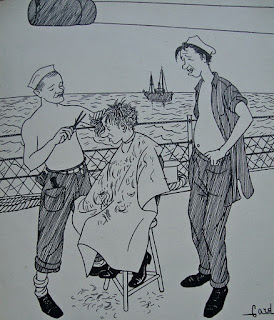 Today's post will feature one of my favorite illustrator the great Alex Gard and his USN trilogy . From "sailors in boots", "getting salty" to "sick bay" Gard illustrated the journal of a young graduate of the Russian Naval Academy who joined the U.S. Navy as it prepared to enter the war in Europe. It starts: To all the men who went through the boots training, Especially to Platoon 512, of 1942 Norfolk training station. The illustrations are just perfect.
Alex Gard was born in Russia in 1900 .During World War I, Gard worked on a Russian destroyer where he was constantly drawing caricatures of everyone on board.He then left for France after the Bolshevik Revolution, drawing cartoons for the French newspaper Le Matin in the 1920s. Moving again, this time to the US, he was hired to create caricatures of Broadway and other celebrities at Sardi's Restaurant in New York City. Vincent Sardi,the owner, and Gard had a contract that stated that Gard would make patron's caricatures in exchange for one meal a day at the restaurant.  Altogether, he drew over 700.The first official caricature by Gard was of Ted Healy, the vaudevillian of Three Stooges fame. When Sardi’s son, Vincent Sardi, Jr. took over restaurant operations in 1947, he offered to change the terms of Gard's agreement. Gard refused, and continued to draw the caricatures in exchange for meals until his death.
Gard died in 1948 in NY.
Posted by Patrick Segui RIVETED at 11:34 AM