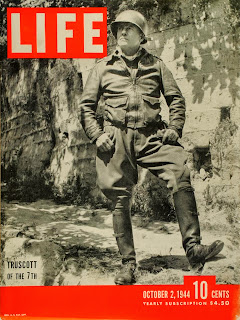 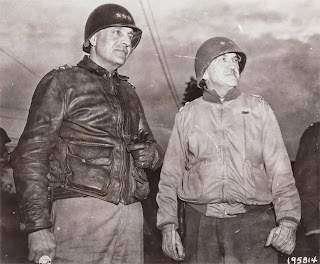 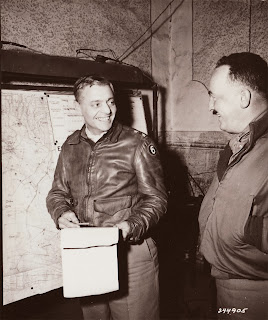 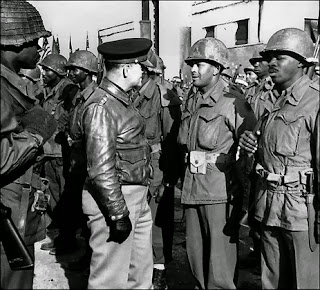 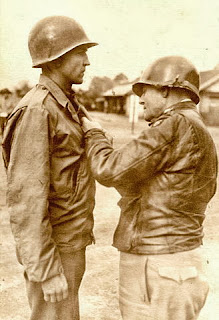 Was going through a pile of old ww2 magazines from my collection the other day ,looking for issues with an October date on them,when i pulled this great cover article,the famous war correspondent Will Lang made in 1944 for LIFE .It features the great General Truscott on the cover wearing a non reg. civilian sport jacket. Truscott's style was more on the practical side and indeed less "flamboyant" than his counterparts: Patton and McArthur ,non the less,it's in my eyes,more interesting and perhaps less "prepped" more "authentic" as we'll say today ....
Lucian King Truscott, Jr., was born January 9, 1895, in Chatfield, Texas. He enlisted in the Army upon America's entry into World War I. He was selected for officer training and was commissioned in the cavalry in 1917. He served in a variety of cavalry assignments during the interwar period and served as an instructor at both the Cavalry School and the Command and General Staff School.

Early in World War II he joined Lord Mountbatten's combined staff where he developed the Ranger units for special operations.His experience began with learning Commando tactics, and then training American officers and men in commando operations.  He led his Rangers in combat at Dieppe and in Morocco and then began his assent through the various levels of major combat command... Truscott was a reliable, aggressive, and successful leader.

He was the commanding general of the 3d Infantry Division (Mar. 1943) in Sicily and Italy, VI Corps (Feb. 1944) in Italy and Southern France, Fifteenth Army (Oct. 1944), Fifth Army (Dec. 1944), and Third Army (Oct. 1945).
Truscott had phenomenal success, and always rebuilt the morale and fighting integrity of the units he was commanding . He got on with soldiers regardless of race or nationality, and was certainly one of the top ‘Allied’ generals in the way he treated, and was responded to, by his troops.

In the post-war period he commanded occupation forces in Bavaria.

Posted by Patrick Segui RIVETED at 10:20 AM