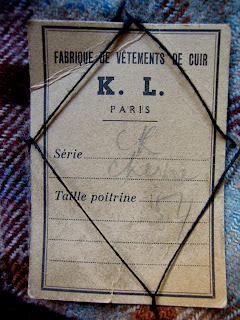 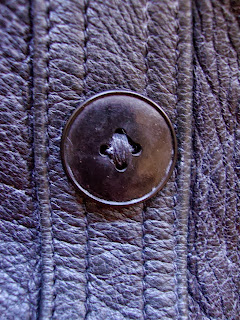 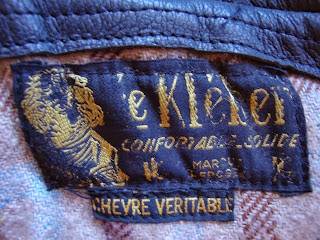 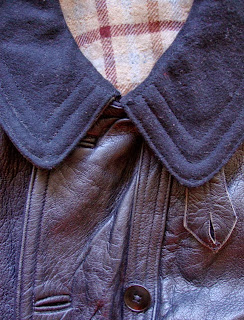 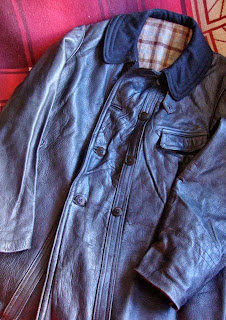 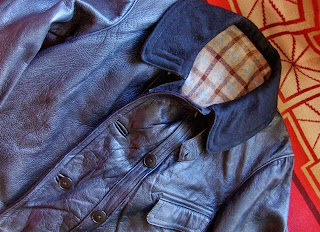 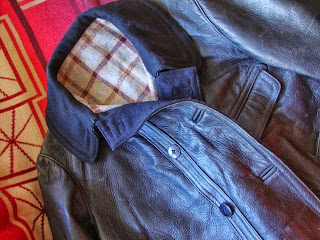 This typical French "tanker style" leather Jacket was introduced in the early 1900's at the beginning of the First World War.Its simple and very functional style was later adopted by various trades, such as firemen and aviators.This style was ,after the war,produced in large quantities with some variations in different hides such as capeskin,goatskin and cowhide and that well up into the 40s .

It goes without saying that the many changes that have occurred throughout the first world war , often every other months , made outfitting the troops very challenging .before being available to soldiers at the front, a piece of garment ,often took from the time of its manufacture ,more than a year before being actually distributed to the "poilu" [French soldier's nickname].
It is in April 1917 at the" Chemin des Dames"in the area of ​​Berry au Bac,that French tanks were used for the first time .
At that time , no specific uniform was intended for tank crews , they were dressed as gunners but without suspension straps and ammo pouches.
Quickly changes were made to adapt to the characteristics of this new weapon .
1 - The Adrian helmet totally inappropriate in the cramped space of the tank undergoes several changes on the front visor and crest ;
2 - Tankers trade their heavy wool coats for a more comfortable and more durable leather jacket as featured on this post.
3 - They get an handgun
4 - And the famous" Avenger "dagger ......... 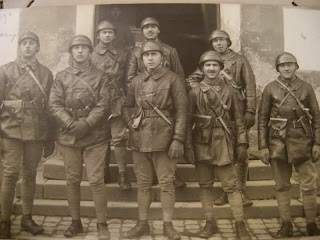 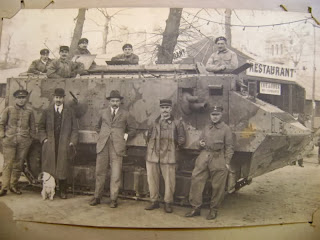