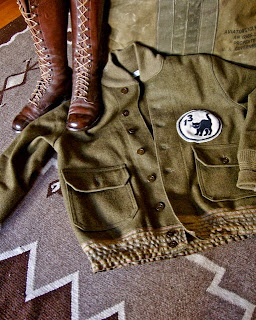 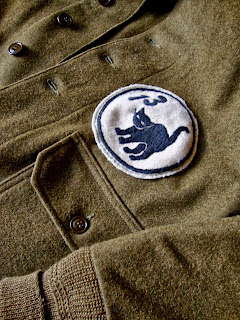 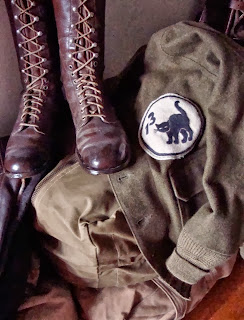 Today will be a short tribute to early Hollywood stunt pilots,shinning the light on a particular bunch called :"the 13 black cats".Featured today for the occasion,my own tribute jacket based on the Buzz Rickson's repro.....
The 13 Black Cats were a troupe of flamboyant stunt pilots who defied both superstition and the odds of survival during the 1920's and 1930's.
The Black Cats advertised their skills for the film industry with the slogan "Anything for a price."here's a sample of the "menu" of the13 Black Cats stunt fees:

Flight tableau on upper wing with 1 man knocked off - $225

One requirement for membership was that the member's name must contain 13 letters. If the letters in his name did not add up to 13, he was given names such as 'Fronty' Nichols, [William] 'Spider' Matlock, and [Ronald] 'Bon' MacDougall. All of these pilots and stuntmen often doubled as the first aerial cameramen in Hollywood. 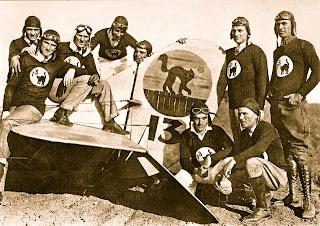 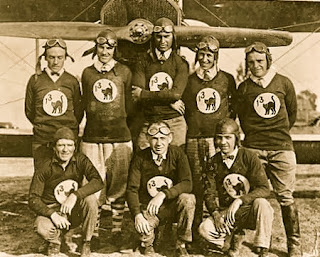 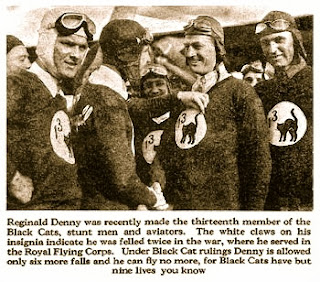 Posted by Patrick Segui RIVETED at 11:20 AM