WHAT'S ON THE TURNTABLE TONIGHT !? 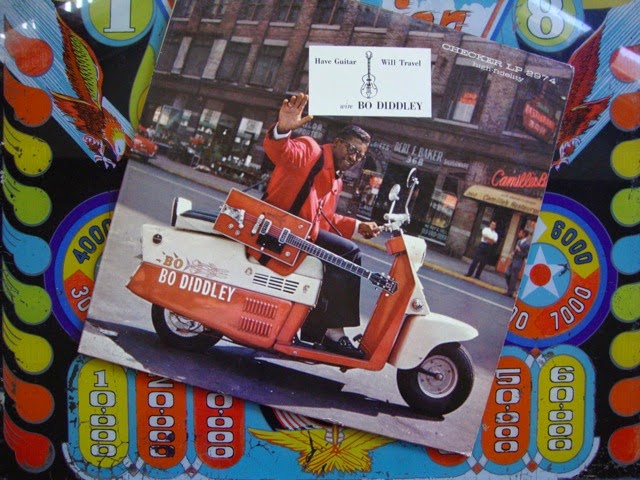 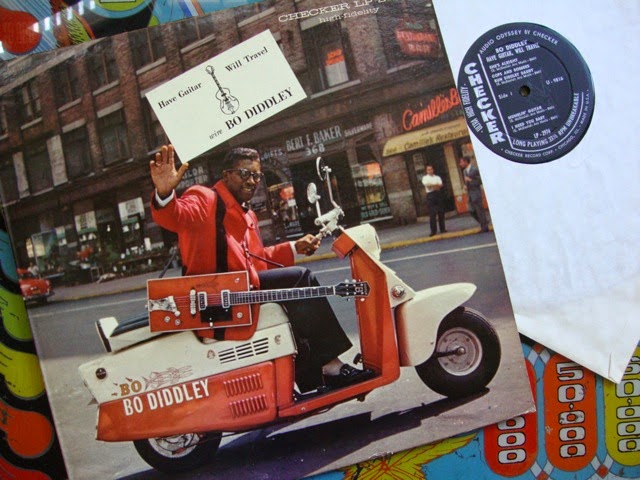 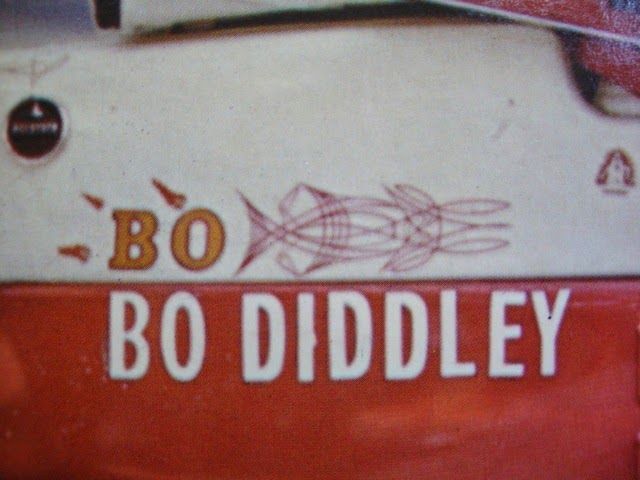 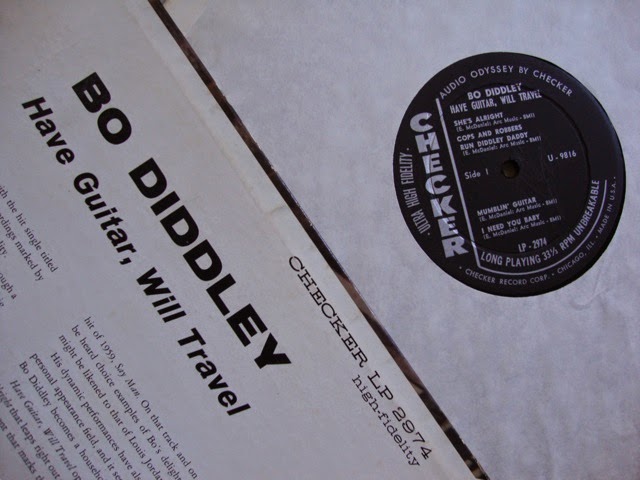 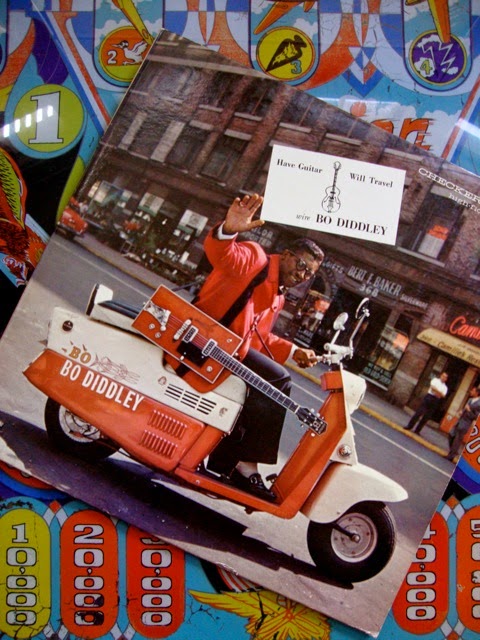 What's on the turntable today !? well perhaps what is among my favorite lp cover in my collection .The title of the album "Have Guitar - Will Travel, is a take on a popular TV show of the time called:" Have Gun Will Travel" The show is about a pay-for-hire gunslinger named Paladin played by Richard Boone. Paladin's business card read "Have Gun, Will Travel - wire Paladin - San Francisco." San Francisco ....see the Riveted connection here !?? Palladin had a horse; Bo had the coolest two tones pin striped 1957 Cushman scooter i've seen to date....

The iconic shot was taken at 368 Livingston Street at Flatbush Avenue, Brooklyn, N.Y. The Brooklyn Fox Theater used to be right across the street from where the cover photo was taken. The Fox used to host famous early Alan Freed's  rock n roll shows .Before ,Freed's shows were originally held in the Brooklyn Paramount until that theater closed.The Fox Theater was demolished in the late 1960's. 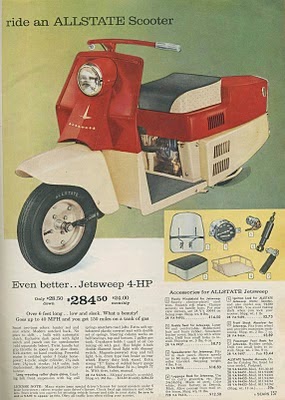 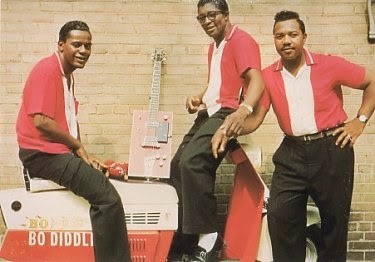 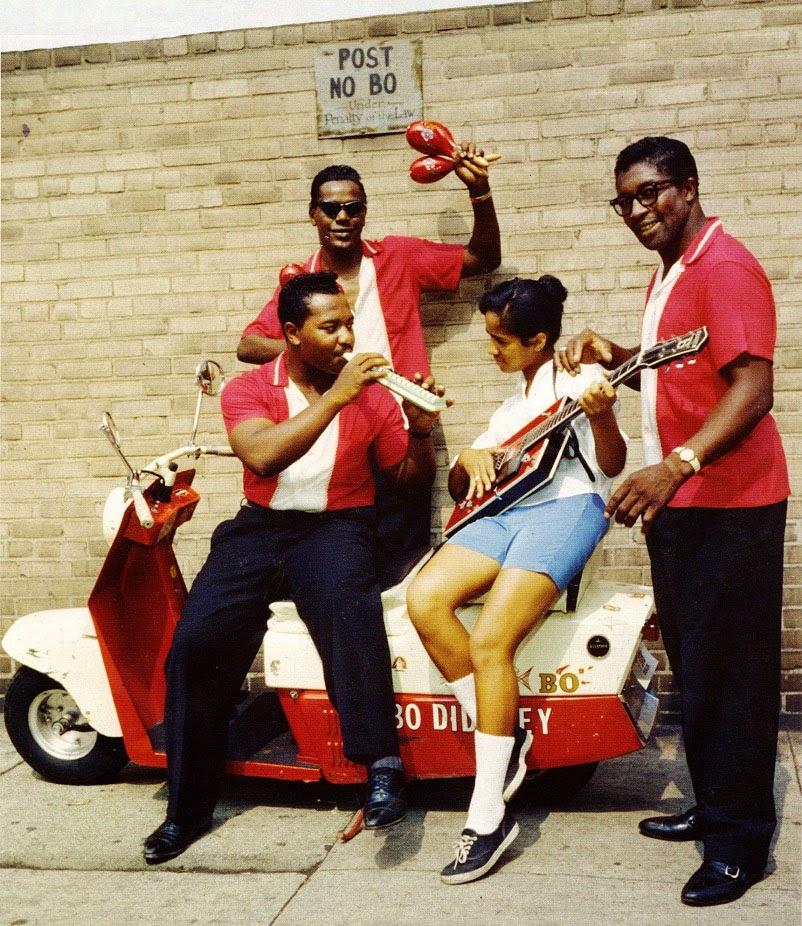 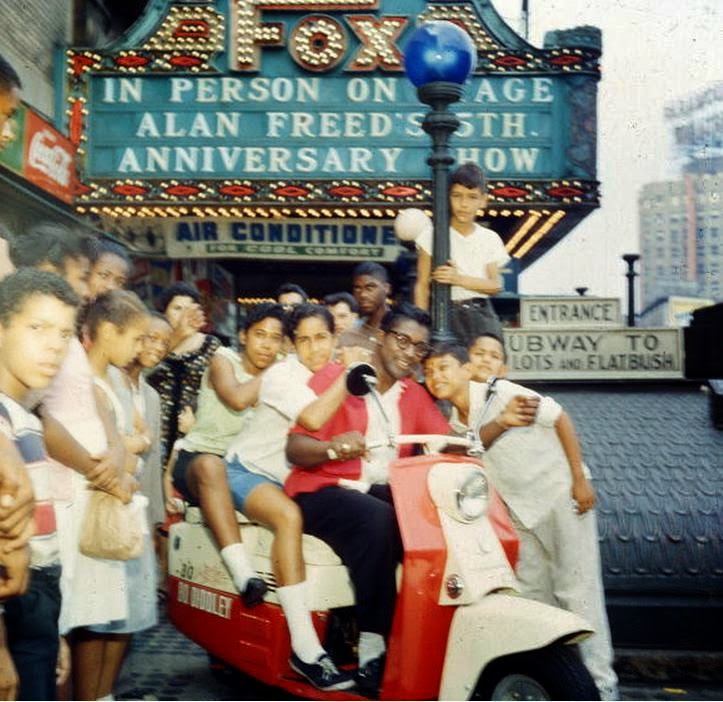 in front on the Brooklyn FOX theater that same day 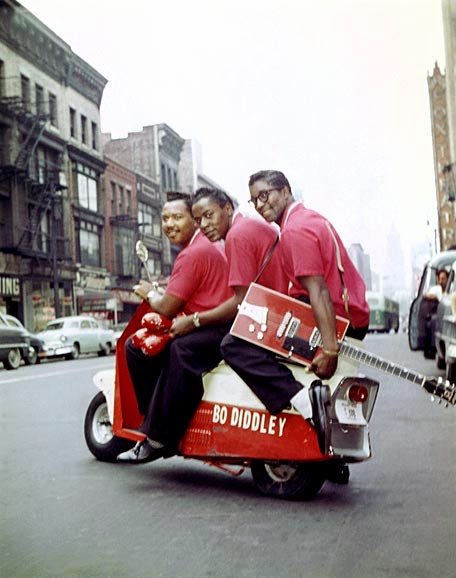 The two guys riding the scooter with Bo Diddley ......with the maracas it's Jerome Green, a member of Diddley's band at the time who was credited as the maracas player in the liner notes on the album.The other guy is Bo's drummer Clifton James
Posted by Patrick Segui RIVETED at 5:50 PM