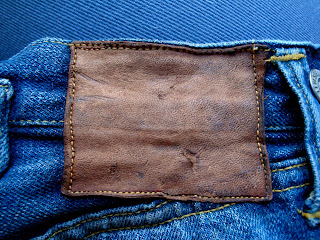 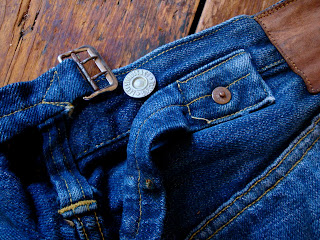 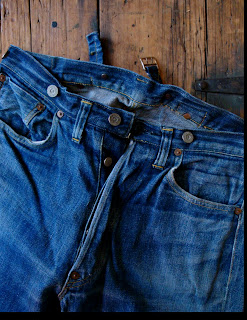 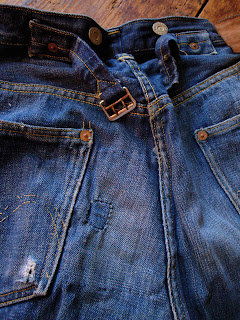 During the great depression and of course Roosevelt's NEW DEAL,worker's favorite tool was without a doubt his beloved denims.It seams normal,on that labor day,to pay tribute to what was and still is a big part of America's history: denim. Confortable,cheap,but built to last a life time,work clothes were everywhere and news brands started to appear on the market like a "blue tide o wave". Some will expend and stay forever on the map,others will just disappear with people's interest or be bought over. Even if built to last ,denims were considered as "disposable"by some or were worn up to the last thread.a decent example from that era,is nowadays harder to come by. The irony,is that it can fetch an incredible amount of money on the vintage market,that i'm sure,its original owner might have enjoyed immensely back then. Levi's,with it's famous 501xx,was of course among the competitors willing to fight for a peace of the cake.Even if mostly represented on the west coast,Levi's was already a legend at the time .Today i've chosen to feature a pair of XX from that era. The typical goodies,as :belt loops,back strap, crotch rivet ,leather patch,exposed back pocket rivets,allowed me to date them from 1922/1933.They're also made of Cone mills denim,so most likely from around 1927 when Levi's started an almost exclusive partnership with Cone.
Posted by Patrick Segui RIVETED at 10:35 AM