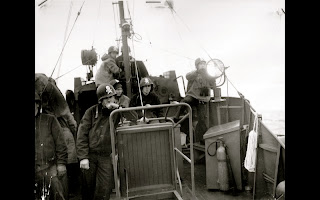 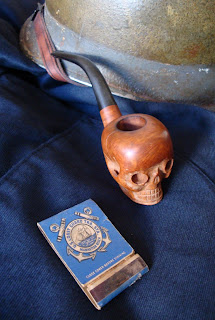 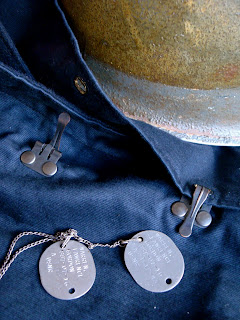 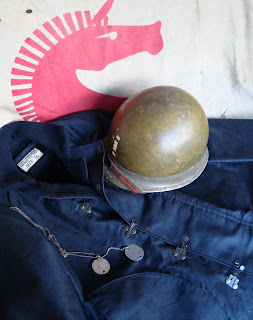 What is NAVY-ISM!!?? ....well,it's just a term invented about a year ago,by the writers of "FREE&EASY " the Japanese modern day "bible" for the vintage enthusiast .NAVY-ISM characterizes and focuses on Japanese's renewed interest for nautical collectables.Navy is an area often neglected,as opposed to the rough wear one.A navy-ism fanatic may collect ww2 denim deck pants or jumpers , duffle bags,pea coats and so on .... the list is long and the"field" surprisingly large and varied in accessories.So,as a collector myself and as we're talking about forgotten fields of the hobby, i've decided to showcase on today's blog,a branch of the Navy,unjustly overlooked : the UNITED STATES COAST GUARDS and their characteristic garment of choice during ww2:the 1943 winter blue deck jacket.During the spring of 44 prior to the onset operation OVERLORD president Roosevelt ordered the coast guards to provide  search & rescue craft to the invasion.at the time ,the USCG had a fleet of 83 wooden boats . they were sent to England and modified there to be ready for the up coming D DAY .They were nicknamed cutters .That "matchbox flotilla"was assigned to each of the invasion areas.The cutters and their crew carried out the task of saving lives under heavy enemy fire ,rescuing survivors in the sea and ferrying wounded back to larger ships to receive medical treatment.On D DAY the USCG saved more than 400 souls .In normandy on 90% of the period pictures,you'll see USCG's personnel wearing the 1943 blue deck jacket easily identified by its clasp closure and patch pockets . Nowadays,this jacket is highly desirable and extremely hard to find in any condition,as its existence was quite short .The 1943 was superseded a year after by the more common and cheaper to produce N1 jacket we all know.
Posted by Patrick Segui RIVETED at 12:52 PM